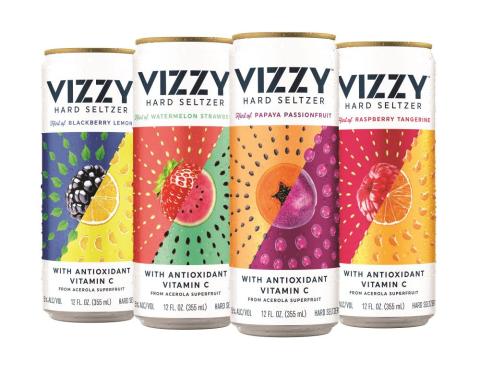 The fact that this year’s Super Bowl broadcast didn’t include a Budweiser ad but did have a much-talked-about spot for new Bud Light seltzer lemonade speaks to the success and potential for the hard seltzer market.

The commercial for Bud Light seltzer lemonade — which jumped from the 17th to the seventh best-selling hard seltzer item after that weekend — was also designed to make viewers think about summer when most of the country was still in deep freeze.

As COVID-19 outbreaks and restrictions ease, this could be the summer of love for the popular summer beverages of seltzers, ciders and beers, which are available in an increasing number of varieties and formats.

Hard seltzers in particular are poised for a Roaring ’20s kind of run, with a semi-return to normalcy, or at least to more away-from-home drinking and dining and larger gatherings. According to a recent survey of distributors conducted by New York-based Goldman Sachs, the hard-seltzer market is expected to reach about $30 billion by 2025. While the primary and well-known brands of White Claw, from Dublin-based Mark Anthony Brands, and Truly, from the Boston Beer Co., have the lion’s share of the category, venerable companies likeNew York-based Anheuser-Busch InBev and Victor, N.Y.-based Constellation Brands have gotten into seltzer as well and are stirring things up.

Summer is prime time for these fizzy and often fruity drinks. Accordingly, new hard seltzers are starting to hit the market this spring.

New seltzer products include different varieties from existing brands, novel lines from new or startup brands, and fused beverages that combine seltzer with other beverage types. The latter segment — hard seltzer hybrids — looks to be a notable area of new development and potential growth as warmer weather approaches.

Lemonade and seltzer go together like, well, summer and sunshine. Bud Light’s new seltzer lemonade line that garnered so much attention during the Super Bowl broadcast includes an original lemonade flavor, along with strawberry, black cherry and peach varieties. Besides White Claw, Mark Anthony Brands has just introduced a seltzer version of its Mike’s Hard Lemonade. 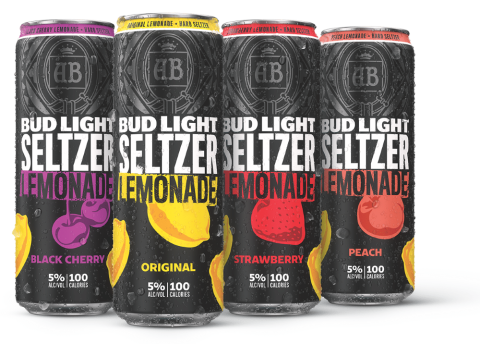 In addition to nonalcoholic mixers like lemonade, iced tea and fruit juice, other seltzer fusions are fashioned with seltzer and spirits. Chicago-based Molson Coors is combining spirits, fruit juice and seltzer in a new line of Proof Point Spirited Seltzers, including varieties like vodka seltzer with lime and rum seltzer with mango-pineapple.

Mashups aren’t just for ingredients when it comes to hard seltzers. In addition to beer brands, various beverage companies are unveiling hard seltzers in time for the peak drinking season this summer. Coca-Cola is launching Topo Chico Hard Seltzer, its first foray into alcoholic beverages in nearly 40 years; the Atlanta-based soft-drink giant is teaming with Molson Coors for distribution. Additionally, Woodbury, N.Y.-based AriZona Beverages, known for its iced tea, has developed a new Sunrise Hard Seltzer for a 2021 introduction.

As portion sizes rise again after a year of social distancing, variety packs of hard seltzers are also expected to be hot this summer. White Claw is coming out with its third version of a variety pack, comprising blackberry, pineapple, mango and strawberry hard seltzers, and Constellation is set to debut a new variety pack featuring tropical flavors of Corona hard seltzer.

Underscoring the widening appeal of seltzers, some brands are amping up the alcohol content of seltzers as 2021 continues. White Claw’s version is the Surge, with 8.0% ABV in a bigger can, while Truly is coming out with Truly Extra Hard Seltzer, also 8.0% ABV and in a larger can.

Meanwhile, in the COVID-19 era and at a time of overall concern for health and wellness, Molson Coors is offering a product with a better-for-you twist. Its Vizzy line of hard seltzers claims to contain antioxidants and vitamin C from acerola cherries. For consumers seeking organic ingredients, Michelob Ultra has developed a new low-ABV organic hard seltzer that’s USDA certified organic and contains just 80 calories per can.

While the hard seltzer category is booming, the beer market has been impacted and reshaped by the events of the past year, mostly due to a pullback in parties and gatherings. That pullback significantly affected smaller, regional and local craft brewers that relied on traffic for sales and the ability to distribute their product at grocery stores.

Looking forward, big beer brands and craft brewers of all sizes are lining up to leverage what will likely be a much better summer for imbibing.

For example, following a prolonged period of at-home indulgence — overindulgence in some — light beers may gain a new lease on life as swimsuit season rolls around. Low-calorie beers are now available from Lagunitas, Yuengling and Goose Island, among brands. Beers with lower net carbs, like Corona Premier, along with low-carb offerings from several craft beer brewers, also appeal to drinkers seeking the lighter side of drinking. 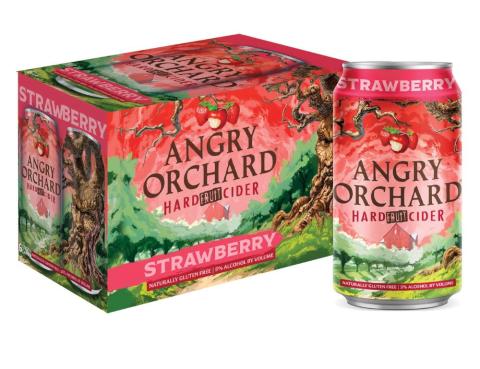 On the flip side of that coin, however, is an influx of beers with a dessert flavor. Not yet widely consumed but still attracting notice as a trend, such beers span sweet flavors beyond fruit.  Examples include a series of pastry-inspired stouts from The Bruery, in Placentia, Calif. and Cotton Candy Haze, from Holland, Mich.-based Big Lake Brewing, which evokes memories of summertime state fairs and carnivals.

There are even beers for teetotalers, whether occasional or lifestyle-based. According to a recent report by Caleb Bryant, associate director of food and drink at Chicago-based Mintel, nonalcoholic drinks and alcohol alternatives will remain a small but growing part of the market.  “The fact that Budweiser is promoting its new nonalcoholic beer, Budweiser Zero, for Dry January in partnership with sports stars such as Dwayne Wade underscores the strong growth of alcohol-free drinks,” he observes.

The Core of Ciders

Ciders tend to do well in late summer and early fall, as temperatures change, due to the natural association with apples and other late-harvest fruits. Still, there are options for lighter summer drinking, like Angry Orchard’s new Peach Mango and Strawberry Hard Fruit Ciders and its light Rosé Cider, said to be similar to a semi-dry wine but with an “apple-forward” flavor.

“As the biggest innovation driver within the cider space, fruit cider is a rich territory for Angry Orchard to bring some ongoing variety to the category,” says Lesya Lysyj, chief marketing office of The Boston Beer Co., which offers the brand.

The market for fruit ciders, including those with a summer taste and vibe, remains ripe. According to data from Chicago-based IRI, fruit ciders are the fast-growing style within the cider category.

In Other Hard News

While there’s a lot of activity on the fizzy side of adult beverages and in ciders, other types of hard beverages are popping up in grocery shelves at a time when shoppers are seeking cold, refreshing drinks. Milwaukee-based beer staple Pabst Blue Ribbon’s new PBR hard coffee offering is a testament to that.

Finally, grocers also know by now that the e-commerce market for beer, cider, seltzer and other alcoholic drinks is likely here to stay long after at-home orders caused a surge in delivery services like Boston-based Drizly and via many retailer curbside pickup and delivery services. Now, as shoppers stock up on fun new varieties, many might be doing it with a click instead of a beer run.