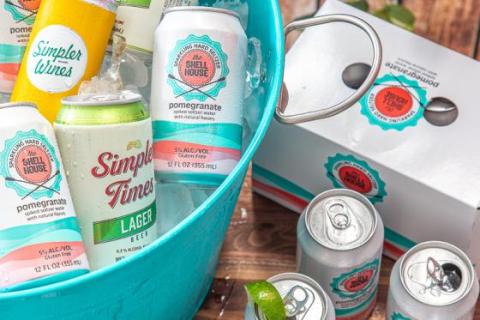 Trader Joe’s has some unique own brand dessert beers brewing for the colder months ahead, one of the few categories in-store where they tend to lean on branded breweries to stock the shelf.

The lineup of beers was teased in the latest episode of the Trader Joe’s podcast, “Inside Trader Joe’s,” hosted by marketing team members Tara Miller and Matt Sloan, who interviewed a product developer working in the beer and spirits category. The product developer, Catherine, when talking about the growth of the category, mentioned the retailer will be launching a barrel-aged beer later in the year and remarked on a recent expansion of its store brand Shell House Hard Seltzer line.

“Seltzers are extremely popular right now. People love them because they're lower in carbs, lower in calories than beer. Ours also happen to be gluten free because they're using sugar to create the alcohol instead of grains. And the two flavors that we've added are a raspberry as well as a lime,” she said.

She went on to say that Trader Joe’s has been working for two years on its own dessert beer called Cookie Butter Beer, a beverage that they say fits nicely since the store prides itself on its Trader Joe’s Speculoos Cookie Butter.

“It originally started off as a porter base, but you really couldn't taste the cookie butter at all or really pick up on the aromatics,” the developer said in the podcast. “So we switched over to an Imperial ale and that was really the trick to making it work. It's 9.5% ABV and it tastes just as good as what we have in the jars."

(This article was originally published by sister brand Store Brands.)