As European deep-discounter Lidl embarks on its second year in the United States – after failing to live up to the towering expectations of industry watchers ahead of its much ballyhooed debut here in the summer of 2017, Progressive Grocer turned to grocery pundits for their thoughts on what went wrong – and right – in year one, and what’s likely to happen in year two as the deep-discounter seeks to become one of America's top grocers. By and large, the outlook is pretty positive for Lidl as it recalibrates its approach in response to the American retail landscape, as the experts sought out by Progressive Grocer noted. Read on for their detailed observations on the company’s U.S. fortunes: 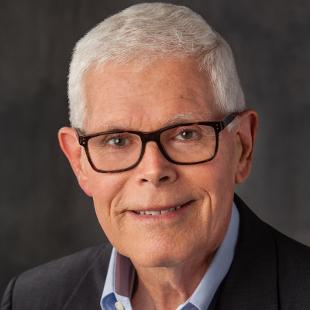 Lidl came into the market a year ago with stores that were too big and a real estate strategy that didn’t deliver. Even facing these challenges, it has recently made a long term commitment to the United States, so this is a good time to consider Lidl’s future here.  There’s little question that Lidl can be successful here, but it will take time and the key question is how long.

Based on our shopper research, Lidl quickly:

Lidl won’t be successful overnight. It will take ...

... more time for it to learn the market, probably a couple of years – just like it did in the United Kingdom – but it will figure it out. –Bill Bishop, Brick Meets Click

Lidl brings other strengths to its U.S. business that will be important going forward:

Even with all this going for it, Lidl won’t be successful overnight.  It will take more time for it to learn the market, probably a couple of years – just like it did in the United Kingdom – but it will figure it out.

It needs to Americanize its decision-making processes, and the only way to speed this up is to bring in leaders with solid U.S. experience.  If this happens, watch out. 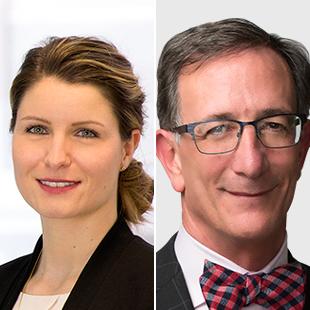 In its first year, Lidl is off to a good start in connecting with American consumers, as they have responded to Lidl’s core message of great value for money. But to be clear, it’s not just those who need to save money on groceries. The economic profile of Lidl’s consumers resembles that of supermarket shoppers.  And by connecting with the broad market of consumers, Lidl poses a greater threat to incumbent grocers.

We recently conducted a survey one year after Lidl stores opened in the United States. The survey shows that younger customers (under 45) shop at Lidl more frequently and buy bigger baskets. The fact that younger consumers are valuing Lidl for its good quality as much as for its low prices indicates that Lidl is beginning to win over the next generation of American consumers.

The fact that younger consumers ...

... are valuing Lidl for its good quality as much as for its low prices indicates that Lidl is beginning to win over the next generation of American consumers. –George Faigen and Tanja Ebner, Oliver Wyman

Beyond Lidl’s core message of value for money, it's beating incumbent grocers on fresh and ease of shopping. Fresh is quite a surprise, and very much against the food retail industry’s current zeitgeist, as they think of hard discounters mostly as competing only on center store commodity products.

Lidl has done many things right as measured by American consumers’ shopping behavior. It’s winning on multi-dimensions, having demonstrated a capability to connect with shoppers across the store. Its private brands are causing shoppers to return to the store, building loyalty in a differentiated way.

However, weaknesses in real estate selection blunted Lidl’s market penetration, and some shoppers are disappointed with the product selection and missing services, according to our survey. These misses, if they persist, could significantly dampen Lidl’s growth. But Lidl is quickly correcting course, having put into play a new real estate strategy, adjusting its promotions program and introducing some key national brands.

Lidl is an agile company with stated growth ambitions for the United States and has the latitude to focus on the long term, being a privately held company. Going forward, we expect they will tackle market awareness and driving store trial. Our market data indicate that Lidl’s offer has been resonating, with consumers awarding Lidl industry-attractive net promoter scores. 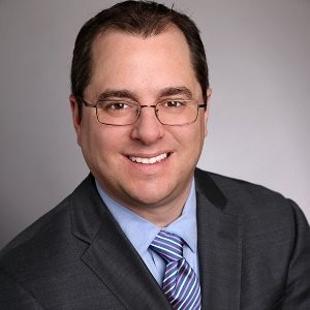 Overall, Lidl will take a long-term view of its entry into the United States: I expect it to grow stronger as it tweaks and refines its U.S. model and emerge as an important competitor in the trade areas where it competes over the next several years.

It gets high marks from shoppers on everyday and promotional prices; fresh, low-cost produce; and clean, well-organized stores. While shoppers lament the lack of variety and limited presence of national brands, most return after their first visit.

... to its U.S .model. Expect the next set of stores to be smaller, with a new product mix. –Randy Burt, A.T. Kearney

Additionally, Lidl is quickly making adjustments to its U.S .model – expect the next set of stores to be smaller, with a new product mix. It will maintain its focus on low-cost, high-quality produce and private label offerings. And it’s rumored that Lidl is evaluating leasing locations, versus buying them, to enable quicker rollouts.

That said, Lidl has faced several challenges since entering the U.S. market that have led it to roughly cut in half its new store growth plans, from 100 to 50.  First, U.S. retailers, notably Walmart and Kroger, aggressively lowered prices in markets Lidl was entering. Lidl expected to have leverage with private label suppliers and took an aggressive stance with them; establishing strong relationships with the right commercials was more challenging than anticipated.

Its approach of buying rather than leasing real estate also delayed the pace of store openings. And while it nearly doubled the size of its U.S. stores versus its typical store footprint in Europe – and roughly doubled the number of SKUs – it’s unclear whether this was the right approach. Finally, Lidl replaced the head of its U.S. business in 2017, due to its not living up to expectations of the U.S. launch. 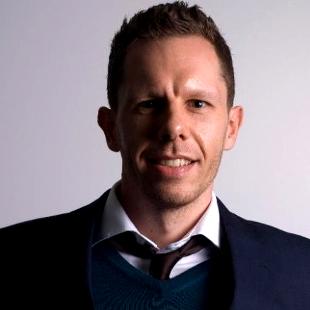 Lidl appears to have recognized challenges with its U.S. store format early on, and has sensibly put the brakes on further substantial expansion until it has fixed that format. While it continues to test the market and adjust its offering, we expect to continue to see modest growth in store numbers.

However, there is scope for an acceleration in openings, and we could see that in the coming year, should Lidl consider it has struck the right format and if it has lined up suitable real estate.

We could see acceleration in ...

... store openings in the coming year, should Lidl consider it has struck the right format and if it has lined up suitable real estate. –John Mercer, Coresight Research

We outlined Lidl’s strategy in a report earlier this year, in which we noted that we believe the chain sees its challenges in the United States as related predominantly to real estate choices rather than to its discount proposition. The main changes we have seen are a slowing of store openings and an apparent shift away from big, glossy store formats. At Lidl US, we’ve also seen sustained promotions, such as straight discounts and multi-buy offers.

Looking at the pace and number of the retailer’s store openings:

Going forward, we expect to see more modest, smaller stores. As we noted in January, Lidl originally planned to open stand-alone stores of around 36,000 gross square feet, per its U.S. website. This year, it has been seeking sites of 15,000 to 25,000 square feet. 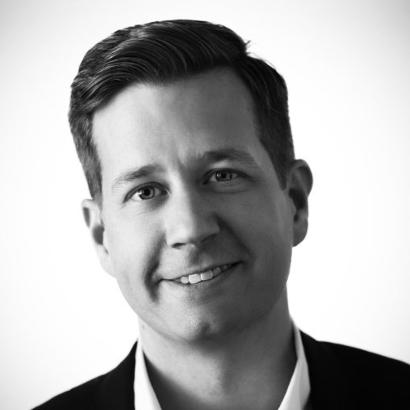 But the core challenge is strategic, in Lidl’s approach to brands. Lidl needs to treat private brands like brands, and also strengthen its overall brand to do more work for the business.

Private brands are brands. They take investment to build, sophistication to brand effectively, and time to gain traction. Lidl’s packaging and branding signal “this product is just a leading brand substitute” to shoppers, rather than trying to establish its own brand identity and its differentiated benefits.

... private brands like brands, and also strengthen its overall brand to do more work for the business. –Pete Killian, Vivaldi

Beyond individual products, Lidl needs to define and amplify its overall brand beyond just price and quality. Trader Joe’s is sometimes held up as an example of a retailer winning with private labels, but really, Trader Joe’s is winning with its overall brand. Its brand stands clearly for fun, newness, exploration, snacks, friendly service, equitable queuing and fun (yes, “fun” twice!). Their shoppers don’t think of their products as “private label.” It took decades for Trader Joe’s to build that brand equity in the United States, and it took decades for Lidl to build that equity in Germany.

Private-brand competition from established food retailers has also become much stronger than it once was. So Lidl isn’t tapping an unoccupied white space, or serving as a clarion call for a new “movement” around private brands. The secret is out that growing private brands is a strategic necessity for food retailers.

What grocers can expect in the future: 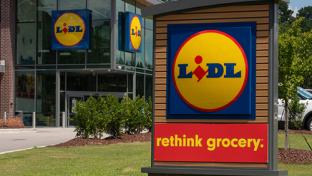 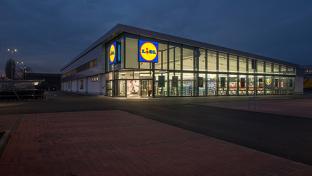 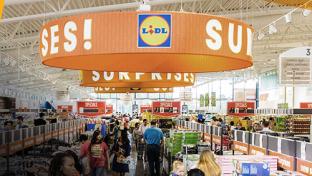 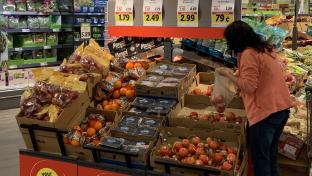 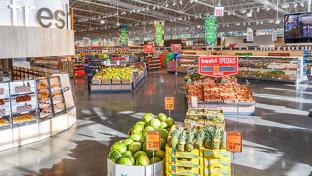