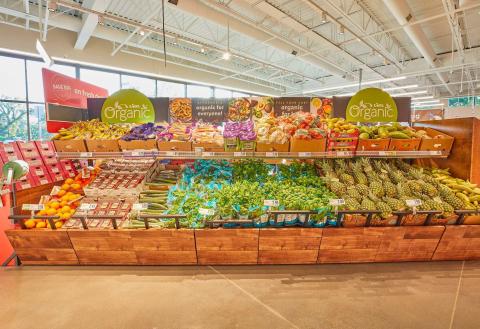 Discount grocery store chain Lidl US has signed a 25,000-square-foot lease with William Macklowe Co. and Senlac Ridge Partners to open its first-ever location in the New York City borough of Brooklyn.

Expected to open in 2024, the store will be the “centerpiece” of a new residential and retail complex at 120 Fifth Avenue in Park Slope, the former site of a Key Food that closed last year.

According to Commercial Observer, the mixed-use development site will feature 180 units of residential space and 67,000 square feet of retail space. Expected to be a neighborhood destination, the site is situated four blocks from Flatbush Avenue, the primary retail/commercial thoroughfare traversing the entirety of Brooklyn, and close to the Barclays Center, a popular multipurpose indoor arena. Residents will benefit from walkable access to local amenities and an easy commute via both vehicular and rail service.

The development plans comes after locals spent years voicing concerns about the need for access to affordable housing and groceries in the Park Slope neighborhood.

“In the course of our close collaboration with local civic leaders, their top priority consistently has been to bring a community-oriented supermarket to the planned development to succeed the closed Key Food,” Billy Macklowe, CEO of New York-based William Macklowe Co., said in a statement obtained by Commercial Observer. “That’s why we’re thrilled to be partnering with Lidl to deliver a new full-scale supermarket that offers a broad range of quality groceries at affordable prices.”

As the squeeze of inflationary prices continues affecting customers, Lidl is currently touting an initiative that cuts prices on select products even more at its U.S. locations. Running through August, the retailer’s price-cutting campaign applies to more than 100 items ranging from meat and frozen prepared foods to household products.

The expanding grocer also recently entered another new market area. Lidl US opened its first Baltimore store on July 13. Meanwhile, the grocer is working on a nearly 29,000-square-foot store in Upton Place, another new mixed-use development located at 4000 Wisconsin Avenue NW, in Washington, D.C. The target date for this project is set for the third quarter of 2022.

The Upton Project follows January’s groundbreaking at the Skyland Town Center in southeastern Washington, D.C. Expected to open in late 2022, this Lidl store will be the first new supermarket to serve residents in Wards 7 and 8 in more than a decade.

Neckarsulm, Germany-based Lidl operates around 11,550 stores and is active in 32 countries, employing more than 341,000 employees globally. With U.S. headquarters in Arlington, Va., the grocer operates about 170 stores in nine East Coast states. Lidl US is No. 89 on the PG 100, Progressive Grocer’s 2022 list of the top food and consumables retailers in North America.