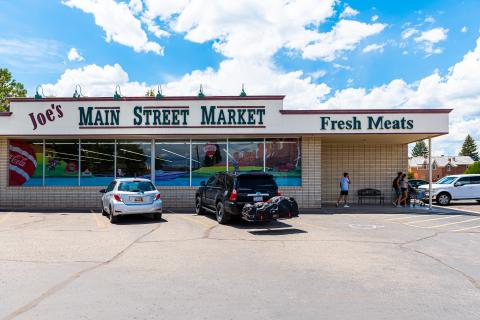 While continuing to deal with difficult external conditions over the past year, independents reinvested their record sales and profits in their stores, online operations and associates.

According to the2021 Independent Grocers Financial Survey, a joint study between the National Grocers Association (NGA) and FMS Solutions, retailers reached record financial and operational performance benchmarks in an unprecedented year for the $253 billion independent supermarket industry.

For fiscal year 2020, which ended March 31, sales for many retailers rose by an average of 17%, lifted by growth in transaction size to an average of $31 and a large uptick in online orders. While inflation was high, sales still increased 13.5% once adjusted for the price increases.

“All of grocery retail had record sales in 2020, but the pandemic brought consumers back to independent grocers in record numbers,” said Robert Graybill, CEO and president of Fort Lauderdale, Fla.-based FMS. “Whether one-store operators or small regional chains, independent grocers did what they do best during difficult times: take care of their communities.”

The main contributors to this sales increase were dry grocery, dairy, frozen and meat. The high demand for these items caused an increase in inventory turns, reaching an average of 19.2 times per year along with a decline in shrink to 2.5%.

While hard-dollar expenses increased in such areas as wages/benefits and supplies, sales gains accelerated faster. This led to a decrease in total expenses as a percentage of sales to 26.9%, down from 28.8% in 2019. “With continued elevated retail demand, the biggest competition now is not for the consumer dollar, but for independents’ greatest asset: people,” continued Graybill.

Hiring and retention were identified as the top marketplace concerns for independents, 71% of whom said that hiring amid the pandemic was challenging, while 64% noted that it adversely affected retention.

Overall, independents were able to boost their margin to 28.4% across departments, with the largest departmental increases seen in dry grocery, dairy, GM/HBC and beer/wine/liquor. “The combination of high sales and better margins resulted in record net profits before taxes, at 5.02%, up from 1.05% in 2019,” observed Graybill.

Independents used these pandemic sales gains to reinvest in businesses, with 62% increasing capital expenses. As a result, both store remodeling and new store openings hit their highest levels in many years. Further, indies improved their debt-to-equity ratio and paid down long-term liabilities.

While continuing to deal with difficult external conditions, independents reinvested their record sales and profits in their stores, online operations and associates. Based on the lessons learned from profit leaders in previous studies, reinvesting in one’s business paves the way to future success.

“Alongside the important role in feeding America’s communities, the pandemic has illustrated the agility and resiliency of independent grocers,” noted NGA President and CEO Greg Ferrara. “As the supermarket industry continues to navigate these changes, independent grocers are in a unique position to find innovative and creative ways to better serve their customers. The independent community grocer has been instrumental in the food supply chain throughout the pandemic and has been reinvigorated within their communities even as restaurants moved towards the new normalcy.”

Arlington, Va.-based NGA is the national trade association representing the retail and wholesale community grocers that comprise the independent sector of the food distribution industry. Its members include retail and wholesale grocers located in every congressional district across the country, as well as state grocers’ associations, manufacturers and service suppliers.