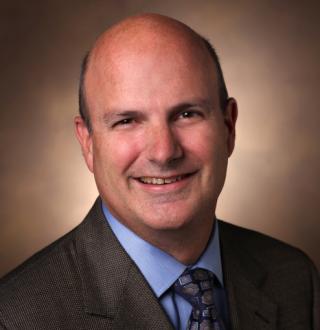 Impossible Foods continues to accelerate its innovation strategy with its new hire of Vanderbilt University Biochemistry Department Chair Dr. John D. York, Ph.D., as chief science officer. The company plans to double the number of scientists on its team within a year as part of its plan to heavily invest in R&D.

The privately held food tech startup was founded in 2011 by Dr. Patrick O. Brown, M.D., Ph.D., professor emeritus of biochemistry at Stanford University, and a former Howard Hughes Medical Institute investigator, as a way to develop nutritious meat and dairy products from plants — with a much smaller environmental footprint than meat from animals.

Under York’s leadership, Impossible Foods will continue to build its food technology platform and expand basic research capabilities to accelerate next-generation plant-based products such as Impossible Pork, milk, steak and other foods.

York’s first day at Redwood City, California-based Impossible Foods will be Jan. 4. He will serve on Impossible Foods’ senior leadership team and oversee research and development, and product innovation. He will report directly to Brown, the company's CEO.

“Throughout his career, John has contributed to discoveries in biochemistry thanks to his curiosity and risk tolerance,” said Brown. “Just as important, he’s a proven and strong mentor and team leader. I’m confident that John will make an immediate, positive contribution and quickly become an inspiring role model within our expanding R&D team.”

York, a former Investigator for the Howard Hughes Medical Institute, has led the Department of Biochemistry at Vanderbilt University since 2012. His team paved the way for discoveries in protein structure and function, cell signaling and molecular genetics. The Midwest native received his undergraduate degree from the University of Iowa and his Ph.D. in molecular cell biology and biochemistry from Washington University, in Saint Louis.

“The opportunity to use biochemistry to save the planet is a spectacular motivation,” York said. “That Impossible Foods is rooted in discovery science and engineering as a key innovation platform resonates with my core values and lifelong pursuits in research. It’s an honor and privilege to be part of the team, and I look forward to the limitless future possibilities.”

Impossible Foods’ intellectual property encompasses how to replicate the sensory experience of animal-derived meat, including how it tastes, cooks, sizzles and smells.

The company has raised approximately $1.5 billion since its founding in 2011, including $700 million in two rounds this year. The plant-based company said that it raised $200 million in its funding round in August led by New York-based new investor Coatue.

Further, Impossible Foods has been keeping busy during the pandemic, filling the needs of a growing plant-based category after retailers experienced meat shortages during the height of pandemic stockpiling. It even entered the direct-to-consumer space with ane-commerce site, indicating that DTC is a natural fit for this pandemic world as consumer behavior shifts.