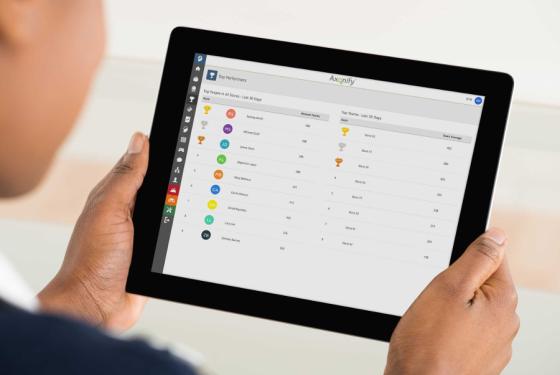 Southeastern Grocers' implementation of a microlearning platform – which trains associates by sharing small nuggets of information at a time, even via mobile devices – has resulted not only in a significant knowledge lift and nearly total participation from all associates, but also in a cultural transformation at the grocer itself.

In an interview with Progressive Grocer at Retail's Big Show 2019, hosted by the Washington, D.C.-based National Retail Federation and held Jan. 13-15 at the Jacob K. Javits Convention Center in New York City, Southeastern Grocers' Chief People Officer Liz Thompson stated that since implementing the new platform – which the grocer dubbed Gnome – in 2016, there has been a 15 percent knowledge lift and 97 percent participation from the grocer's 45,000 associates – up from 85 percent the first year.

Developed by Waterloo, Ontario-based training-software provider Axonify, the technology replaced traditional computer-based training, which Thompson said was not "very engaging" and akin to drinking out of a fire hose – ineffective for knowledge retention. The new technology instead shares small nuggets of information at a time with associates via mobile devices, helping more effectively onboard and regularly train people to build knowledge that produces sustainable results.

"In 2016, we had 12 topics [and a] blended learning approach," she said. "Now today, we have all 45,000 associates on the system and over 450 topics. Just this past year, 70 million questions were answered in the system. So it's been a tremendous success for us."

According to Thompson, associates are going into the system multiple times a week, taking advantage of repetitive learning. Components such as gamification help make it more interesting.

"I go into the break rooms, and the associates are in there with the platform and ready to go," she said. "And they're very competitive with each other too – it lets them earn different trophies. And then there's a social platform where you can 'like' things people complete. So they're extremely engaged, and it's part of our culture at our stores – and now in our support center."

Ultimately, Thompson stressed, the better training results in a better experience for the customer. Being able to invest in associates and give them a great experience in learning and growing on a regular basis makes for more knowledgeable employees focused on better customer service.

As for communications, the tool has given everyone a much easier way to connect with one another across the organization. For instance, not all associates have an email address, so being able to reach them all with video messages from the CEO, surveys for improving the user experience and other communications and content is a great benefit.

"That allows us to do some fun stuff with recognition, too," Thompson said. "So overall, we've been able to see improvements in our engagement scores, especially in the areas of training, communications and trust."

Other grocers that recently adopted a microlearning approach to training through Axonify's platform include: