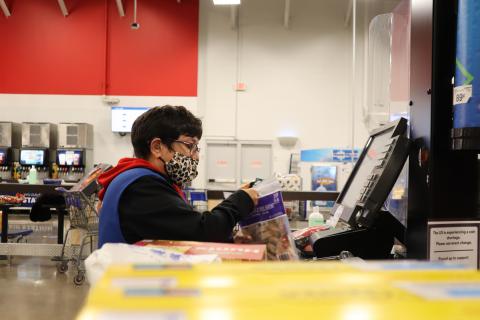 The wage ceiling continues to rise in a tight labor market. Sam’s Club is reportedly upping its minimum wage to $15 an hour from $11 an hour, exceeding the starting pay of associates hired on at parent company Walmart.

According to an internal memo to employees cited by several news sites, Sam’s Club CEO Kathryn McLay pointed out that most of the company's workers are already at the $15 per hour mark. “We want you to be competitively paid, whether you’ve found your destination job as, say, a forklift operator, meat cutter or cake decorator, or you’re just starting out and eager to climb the ladder,” McLay wrote. “We want you to know that Sam’s Club is a place where you have opportunities to be promoted, earn a degree or change direction.”

Other large retailers are bumping up wages for hourly associates. Earlier this year, for example, Lidl increased its minimum rate to $15 to attract more workers.

This week, Amazon announced that it is paying new employees an average of $18 as it strives to bring on 125,000 more delivery and warehouse workers. "We take our responsibility as an employer seriously and want our employees to succeed and thrive,” said Dave Clark, Amazon’s CEO, Worldwide Consumer.  That's why we offer an average starting wage of over $18 per hour, provide a great range of comprehensive benefits — including health care coverage, parental leave, career training and ways to save for the future — and have a team of thousands working to build a safe and inclusive work environment. Whether you're looking for a short-term job to make money for the holidays or a long-term career, you're welcome here, and we look forward to having you on our team."

In addition to bigger paychecks, new hires can also take advantage of some of the perks offered by retail employers amid the labor crunch, from referral and signing bonuses to childcare assistance.

Bentonville, Ark.-based Walmart operates more than 10,500 stores under 48 banners in 24 countries, and e-commerce websites, employing 2.2 million-plus associates worldwide. Walmart U.S. is No. 1 on The PG 100, Progressive Grocer’s 2021 list of the top food and consumables retailers in North America, while Walmart-owned Sam’s Club ranks No. 9 on the list. In its U.S. division, Arlington, Va.-based Lidl has more than 150 stores in nine East Coast states. The company is No. 96 on the PG 100, while Seattle-based Amazon is No. 2.