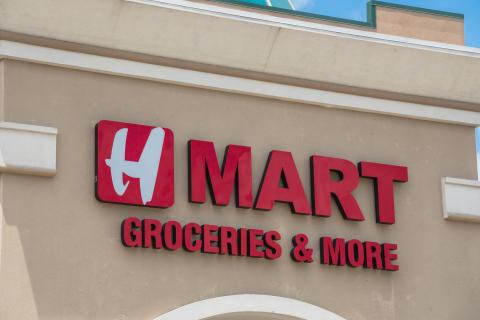 Those who qualify for both Medicare and Medicaid – also known as dual-eligible individuals – can now use the Humana Healthy Foods Card at more than 70 H Mart stores.

These individuals, who qualify for both Medicare and Medicaid – hence the term "dual eligible" – can use the Humana Healthy Foods Card at more than 70 H Mart stores across the country, with the grocer’s affiliates and franchise locations slated to be in the next phase after the initial launch. Once activated, the card’s barcode can be scanned like a UPC code on a savings card. Members can then buy qualifying items, among them milk, eggs, bread, juices, waters, yogurts, fruits and vegetables, with an available balance on the member’s card, depending on location, of as much as $75.

“At Humana, it’s important for us to offer qualifying members of our Medicare Advantage D-SNP plans low-cost access to healthy food, and we’re pleased to connect our members with food that stimulates their spirit and matches their cultural traditions,” said Julie Mascari, regional president of Medicare for Louisville, Kentucky-based Humana’s Northeast region. “By adding H Mart to our Healthy Foods Savings card, we’ll be introducing a broader variety of ingredients and nutrition to our members’ diets, including some of the brands they prefer.”

“H Mart has always aimed to support the development of the communities, especially our seniors, in our stores,” observed Brian Kwon, the company’s president. “We seek to build business relationships with companies that share our values and dedication. Humana is a customer service leader because they go beyond health care to provide human care. Their recognition that food can be transformative to both health and happiness makes them a natural partner in the pursuit of healthier communities.”

Other retailers allowing shoppers to use the Healthy Food Card include Acme, Food Lion, The Giant Co., Giant Eagle, Martin's, Walgreens, and Walmart.

Offering a full line of Asian foods, as well as a broad range of international and western groceries and innovative food halls, Lyndhurst, New York-based H Mart operates more than 97 stores across the United States.

Bentonville, Arkansas-based Walmart operates more than 11,400 stores under 55 banners in 26 countries, and e-commerce websites, employing 2.2 million-plus associates worldwide. Walmart U.S. is No. 1 on The PG 100, Progressive Grocer’s list of the top food and consumables retailers in North America, while Walmart-owned Sam's Club ranks No. 9 on the list. Walgreens; Albertsons (Acme); Ahold Delhaize USA (Food Lion, The Giant Co. and Martin's); and Giant Eagle are Nos. 4, 8, 11 and 39, respectively, in PG's ranking.