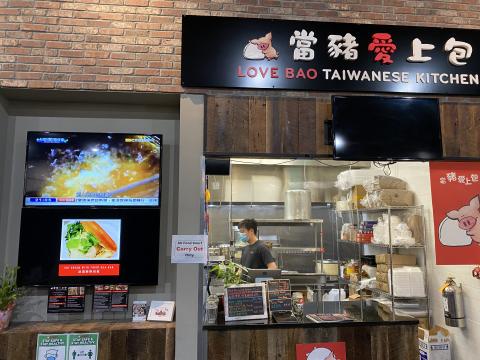 H Mart stores are famous for their fresh departments, including seafood, produce and foodservice.

The dreams of every foodie in Florida are about to come true at a former SuperTarget space in Orlando.

That's where Korean grocery chain H Mart will be opening its first store in Florida. The New Jersey-based company has confirmed that it plans to occupy the entire 183,894-square-foot, 17.9-acre Westland Terrace Plaza at 7501 W. Colonial Drive, which used to be a SuperTarget before the company closed the store in 2012 due to underwhelming financial performance.

The Orlando Business Journal first reported that H Mart bought the property on March 2 for $9.6 million.

The new H Mart in Orlando will be far larger than typical H Marts, which span anywhere from 16,000 square feet in Seattle to more than 100,000 square feet in New Jersey. The average size of an H Mart is usually around 50,000, making the Orlando store possibly H Mart's largest-ever format.

"We enrich lives with our Asian heritage, food and culture," said H Mart President Brian Kwon. "Carrying over from H Mart’s previous successes in East Coast area, H Mart’s first branch in Florida will be placed at Orlando, making Orlando’s newest food lover destination. H Mart will become a place to experience the best of what communities have to offer, providing a convenient one-stop shopping place for diverse cultures and to the neighborhood, where different ethnicities of friends and neighbors can come, gather and enjoy. Our main priority is always to serve and satisfy the needs of the surrounding communities."

A spokesman for the company told Progressive Grocer that the retailer is looking not just at Orlando but other areas in Florida for expansion.

H Mart clearly saw an opportunity to open in Florida because that state has lacked an Asian "destination store" for years. But the other side of the opportunity is that Florida is also in the midst of a retail and real estate boom. Many retailers (H Mart, Sprouts Farmers Market, etc.) are flocking or expanding there as more people are moving to Florida as a result of the pandemic. Florida has remained mostly open during the pandemic, and taxes and operating costs there are seen as lower than other states (not to mention the nice winters).

H Mart is the largest Asian supermarket chain in America. Starting in 1982 with a single store in Woodside, Queens, H Mart has grown to include more than 72 stores across the United States. The company is No. 82 on The PG 100, Progressive Grocer’s 2020 list of the top food and consumables retailers in North America. 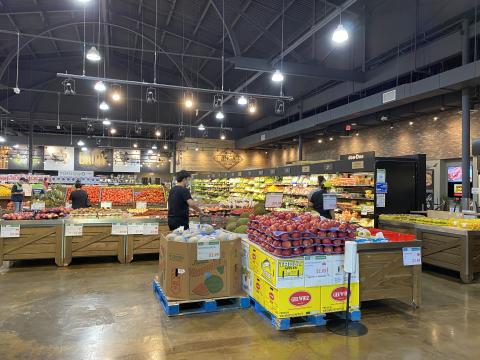 The produce department at H Mart in Cary, N.C.