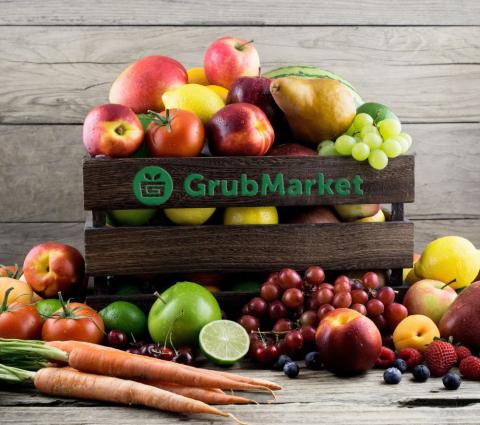 GrubMarket completed $90 million of financing in an oversubscribed Series D round in 2020.

"I want to thank all of our supporters. Series D round was many times oversubscribed, as we originally intended to raise no more than $30 million. We have made quite some efforts to keep this round under $100 million. Such oversubscription continues to happen in the current pre-IPO round," said Xu.

"Delivering ultra-high growth and profitability remain the priority in all of our geographies,” he continued. “With this injection of capital, we will deepen our investment in people, technology and acquisitions to reach the next level of success. Our objective is to grow our ARR [annual recurring revenue] by $200 million in the first quarter of 2021 and expand to most of the regions of the country to reach $1 billion of ARR within the next 12 months. Moreover, we will keep following the fundamentals of conducting a sustainable business and maintain profitability as the foundation of this company. Above all, the only and ultimate success criterion of my entrepreneurial pursuit is whether I can scale up GrubMarket to eventually achieve $100 billion of annual sales."

The company's business comprises the commercial segment to grocery stores, meal-kit companies and restaurants, the direct-to-consumer segment and WholesaleWare, its vertical software business, which is gaining significant momentum in recent months — growing by more than 1,000% and managing hundreds of millions of dollars of food wholesale activities annually.

Last September, it made its first Texas acquisition, Fresh Tex Produce, a provider of a wide array of fresh fruits and vegetables, with established customer bases in Texas, New England, the Midwest and other major metropolitan areas around the United States.

GrubMarket later staked its claim in the organic grocery market in New York City with the acquisition of Leo's Apples Inc., a provider of fresh fruits, with a longstanding customer base in the metropolitan and suburban areas of the Mid-Atlantic region and New England.

Today, the company operates from more than 30 warehouses across California, Washington, Texas, Massachusetts, New York and Michigan, with plans to expand to other major metro markets in North America.

"I am always so impressed by the progress of GrubMarket and the unfaltering vision of Mike [Xu]," said Charles Lorenceau, managing director of ACE & Co., which is based in Geneva, Switzerland.

"Having a proven record of sustained hyper-growth and profitability, GrubMarket stands out as a rare Silicon Valley startup in the food technology and e-commerce segment," said Jay Chen, managing partner of Ottawa, Ontario-based Celtic House Venture Partners. "GrubMarket's creativity and capital efficiency is unmatched by anyone else in this space. Mike's team has done an incredible job growing the company thoughtfully and sustainably. We are proud to be a partner in the company's rapid nationwide expansion and excited by the strong momentum of WholesaleWare, their [software-as-a-service] suite, which is the best we have seen in space."

San Francisco-based GrubMarket — which delivers mainly local and organic groceries to businesses and consumers — was founded in 2014.