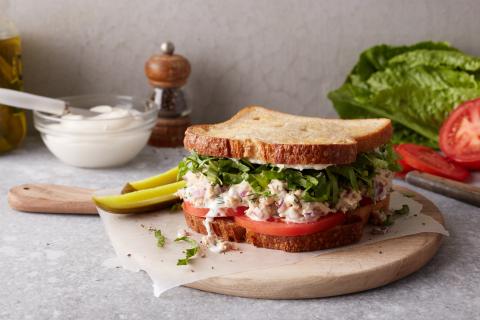 “While this offering and recipe are exclusive to Whole Foods Market, we’re talking to dozens of other foodservice providers — including grocers and restaurants — about further expansion,” Scott Simons, CMO at New York-based Good Catch, told Progressive Grocer.

Simons went on to note that despite the fact that “the continuation of the COVID epidemic has made launches in foodservice difficult for both operators and their suppliers, we have a lot of interest for growth and further launches in 2021, from fast-casual restaurants to other food retailers, and we have several launches in the pipeline for the first half of 2021,” although “due to agreements, we can’t disclose who else is in the pipeline just yet.”

Created by chefs and brand co-founders Derek and Chad Sarno, Good Catch is made from a proprietary six-legume blend of peas, chickpeas, lentils, soy, fava beans and navy beans, delivering a texture that resembles the flakiness of seafood without the environmental impact. The brand already has shelf-stable and frozen plant-based seafood items in stores across the country.

Seattle-based Amazon is No. 2 on The PG 100 list, Progressive Grocer’s 2020 list of the top food and consumables retailers in North America, while its Austin, Texas-based Whole Foods Market banner is No. 24.