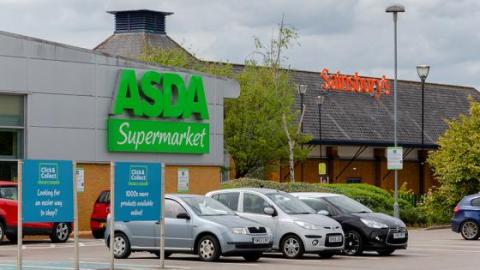 Grocers throughout Europe, Asia and North America are fighting inflation while also finding ways to recruit talent and differentiate themselves.

The grocery industry is forever growing and changing, and that holds true regardless of where you’re shopping. McKinsey & Co. recently surveyed more than 30,000 consumers and 100 grocery CEOs, and company executives from around the globe are revealing the challenges and opportunities facing today’s food retailers.

During a recent episode of the McKinsey on Consumer and Retail podcast, Bill Aull, partner at McKinsey’s office in Charlotte, N.C., explained that inflation-weary consumers throughout North America are prioritizing value, freshness and e-commerce shopping services. They’re also aiming to eat healthier while putting sustainability front and center.

“The bar is raised in terms of what grocers have to do to deliver on value, and the consumer really isn’t willing to sacrifice what they perceive to be value in fresh goods,” Aull said. “The challenge for many grocers is to figure out how to deliver on that. The bar’s higher, and it costs more to do business.”

According to Dymfke Kuijpers, McKinsey senior partner who leads the company’s consumer practice in Asia, value is also the top concern for consumers in that region, and e-commerce has caused a big shift in buying. Sustainability and health are top of mind there, as well, although stated behavior doesn’t always align with what consumers actually purchase.

“For example, 62% of Indonesian consumers claim to consume products that are healthier and to think about their diet and their health when they’re buying stuff,” said Kuijpers. “I can tell you that was not the case before the pandemic. I can also tell you it’s not reflected in the actual purchasing behavior just yet. So, there is still a disconnect between stated behavior and purchasing behavior when it comes to sustainability and health.”

As for Europe, major trends include inflation and cost increases, lower volumes as the pandemic winds down, and polarization of the consumer, explained Daniel Läubli, a McKinsey senior partner covering the continent.

When it comes to e-commerce, McKinsey forecasts that European markets including the U.K., France and the Netherlands could see online shopping account for up to 30% of the food-at-home market by 2030. Läubli further predicts that online grocery sales will at least double again by 2030, and possibly grow even more than that.

“The most important thing for a retailer to do is to size this opportunity correctly and really go after sales,” Läubli said, while noting that online is simultaneously a challenge and an opportunity for grocers.

As for the United States, Canada and Mexico, Aull said e-commerce could account for about 25% of food-at-home sales by 2030, and that the major push has been toward instant delivery platforms. Aull also explained that many grocers in the U.S. are now facing the decision of whether they should build an online grocery ecosystem themselves or accelerate partnerships with the likes of Instacart or Shipt.

“I think it’s fascinating, too, to see how many grocers are inserting themselves into new markets without a brick-and-mortar presence,” Aull said. “There are a number of grocers doing that. The competitive landscape is going to evolve dramatically; it’ll be fascinating to watch.”

When it comes to e-commerce in Asia, Kuijpers said a majority of sales are in the next-30-minutes category in countries like China, but many Asian retailers are still struggling to make money via online sales. As with North America, data-driven systems of personalization and media monetization are also being prioritized by grocers throughout Asia.

Finding the right people for grocery jobs and career tracks is an increasingly important piece of the industry puzzle, with Läubli sharing that CEOs in Europe said finding the right talent is their second highest concern, after inflation. When asked the same question last year, talent was not listed among the top 10.

According to Läubli, higher pay is an obvious bonus for grocery workers, but having an environment where they like to work, getting along well with management, feeling a sense of belonging and having good career opportunities are the things that make people more likely to stay. In North America, Aull explained that new value propositions are popping up to help ensure employees feel appreciated and have a clear path forward.

“[T]here have been folks looking at store managers and department managers, and thinking creatively about their career paths: What are the step-out roles or special projects that can be offered to them?,” Aull mused. “What are the ways they can learn and develop through offline learning and training that broaden their skill set beyond just the core of what they’re doing today?”

When asked what the one thing CEOs should do in 2022 is, Läubli said they should make bold moves to adapt their commercial offering to the current environment.

“We are seeing dramatic shifts, such as the polarization of consumers,” Läubli continued. “Players that are making bold moves in strengthening their offering — for people who are looking to save money as well as for people who want to pay more for premium-quality, sustainable, healthy products — will come out much stronger.”

Kuijpers suggests investing in digital capabilities and retail media, but also in core capabilities like cost savings, private-brand development and store operations. He is further excited about the accelerated movement of business.

“I would say that’s where Asia has something to teach the rest of the world: the speed at which things go,” Kuijpers explained. “Last year, I was talking to a retailer about retail media being 1% of their business. This year, it’s 4%. I can tell you that’s a speed that I never see in the rest of the world.”

As for Aull, his big message is to invest in people because of the major pull for talent. The outlook on and evolution of private-label brands in North America is also something he is interested in watching.

“Maybe the last thing I would say is that Europe has been so far ahead on private label, but what we’re seeing now in the U.S. is that it’s not just about introducing a cheaper national-brand equivalent, but actually, ‘How do we differentiate our stores with a new program or platform that’s in the middle tier or premium tier for private label?’ That’s going to be a fascinating space that transpires in North America over the next two years,” Aull concluded.