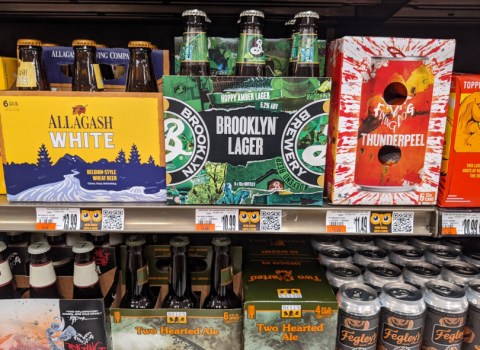 Appearing at 15 Giant stores in Pennsylvania, SocialShelf allows a brand to speak to a consumer one on one and deliver authentic differentiating information that brands want potential consumers to know before the purchase.

The Giant Co. will team with A3MediaCo LLC on a 90-day beta test of SocialShelf, an in-aisle and e-commerce advertising tool built to supply shoppers with relevant information on smaller and midsize brands before the customers make their final buying decision. The 90-day test is slated to roll out Dec. 20 at 15 Pennsylvania Giant stores in the Northeastern division, King of Prussia district.

“We are extremely pleased to be joining forces with Giant, a local company and an industry leader,” said Frank Gussoni, co-owner and CEO of Trooper, Pa.-based A3. Describing SocialShelf, Gussoni noted: “Nothing is forced on the consumer that’s annoying. It’s not intrusive in any way. It’s on demand and very social in nature. It’s not meant to be slick or salesy.”

According to the company, SocialShelf allows a brand to speak to a consumer one on one and deliver authentic differentiating information that brands want potential consumers to know before the purchase. The affordable advertising tool aims to build brand loyalty and allow smaller quality companies to compete with larger national brands while paying only for actual results. Media is trackable by message, retailer, date and time. The solution is first being tested in the alcohol category, which Gussoni characterizes as “the hardest,” adding, “With it being so competitive and heavily regulated, if we can make it there, we believe we can make it everywhere in retail.”

A3 expects to have four separate beta tests up and running in various parts of the country in the first quarter of 2022, although these are not yet finalized, with a full rollout of the SocialShelf solution by Q2. “Utilizing what we learn from these beta tests will help us walk before we run,” observed Gussoni.

With more than 35,000 associates supporting nearly 190 stores, 132 pharmacies, 107 fuel stations, and 150-plus online pickup hubs and grocery delivery service in hundreds of ZIP codes, The Giant Co., based in Carlisle, Pa., encompasses the following banners: Giant, Martin’s, Giant Heirloom Market, Giant Direct and Martin’s Direct. Parent company Ahold Delhaize USA, a division of Zaandam, Netherlands-based Ahold Delhaize operates more than 2,000 stores across 23 states and is No. 10 on The PG 100, Progressive Grocer’s 2021 list of the top food and consumables retailers in the United States.