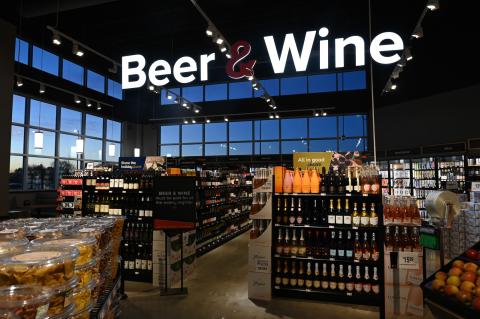 Both of the Giant Cos.' forthcoming Philadelphia stores will feature a Beer & Wine eatery.

The Giant Co., a banner of Ahold Delhaize USA, will open two new stores this summer, with one opening on June 24 and another opening just a week later, on July 1.

The opening of the two stores is part of the company’s continued growth within the greater Philadelphia area. Over the past year, the Giant Co. has opened four new stores in Philadelphia: its urban flagship store on Riverwalk, a store on Cottman Ave., a store on Christopher Columbus Blvd. and an Heirloom Market in the Fashion District.

“As a company, we are committed to helping connect families over a meal by offering convenient, time-saving and fresh meal solutions, whether in-store or online,” said Manuel Haro, divisional VP of The Giant Co. “Our new North Broad and Richboro stores reinforce that commitment to our customers while also continuing our growth strategy within the city of Philadelphia and the surrounding communities.”

Both stores will offer the company’s signature farm-fresh produce, fresh meat and seafood; a bakery; and a new Beer & Wine eatery that will also serve slushie options. Additionally, customers will be able to take advantage of the company’s Giant Direct program, which gives customers the opportunity to order their groceries online for easy pickup or delivery.