As Asian American and Pacific Islander Heritage Month comes to a close, Food Lion has donated $20,000 to two longtime nonprofit partners in the Asian American community to support the organizations’ efforts to advance racial justice and equality in the Charlotte, N.C., area and across the Carolinas.

Specifically, Food Lion’s $20,000 in funding will support work to champion equality, opportunity and education initiatives led by the Carolinas Asian-American Chamber of Commerce (CAACC) and the India Association of Charlotte (IAC).

“Caring for our neighbors in the towns and cities we serve is core to everything we do at Food Lion, and we’re proud to support organizations that share that commitment,” said Meg Ham, president of Food Lion. “These two longstanding partners are strong advocates for our Asian American neighbors in the Charlotte area and across the Carolinas, and we’ve been proud to support them both for many years.”

Charlotte-based CAACC, which received $10,000 of the donation, serves more than 20 ethnic groups in the Asian community. The CAACC is making progress in addressing hate crimes, helping families recover from the pandemic, and supporting upward mobility among refugee youth and Asian professionals. Food Lion previously donated $10,000 to CAACC earlier this year, and has contributed to the group for more than a decade and a half.

“As an all-volunteer-based nonprofit, we are grateful for Food Lion's generosity and consistent support over 16 years,” said John C. Chen, PhD, chairman of CAACC and Charlotte Dragon Boat Association. “I appreciate most that their support has not wavered. Food Lion’s impact on the Asian community has been visible and is being positively noticed. We look forward to the continued partnership with Food Lion, whose goals are aligned with ours in leadership development, business support, education focus and culture enrichment.”

Meanwhile, IAC serves approximately 5,000 citizens of Indian origin in the greater Charlotte metro area. With a focus on culture and leadership development, the IAC furthers opportunities for young professionals, as well as sharing the rich history of India and Indian Americans. Food Lion previously donated $10,000 to IAC earlier this year and has supported the organization for the past 12 years.

“We are deeply grateful for Food Lion’s support [of] our efforts to address this ongoing social issue,” said Lal Vishin, president of IAC. “It is not our differences that divide us. It is our inability to recognize and celebrate those differences. We acknowledge Food Lion for being an active ally in tangible ways that go beyond words to support our initiatives around community engagement, police relationships, Asian-owned brands and cultural education. Moreover, with Food Lion’s continued support, we are better positioned to address these historical issues of inequities, promote social justice and improve the well-being of our Asian American communities.”

In addition to financial support, Food Lion has supported its Asian American and Pacific Islander neighbors and associates in a variety of ways, both through its Asian Pacific business resource group and longstanding partnerships with the CAACC, IAC and other advocacy organizations.

In an effort to support its overall diversity, equity and inclusion efforts, Food Lion also donated $500,000 last year to several longstanding community partners to support their work on racial equality and justice, and also to promote ongoing learning and development across the company.

Additionally, in February of this year, Food Lion joined the CEO Action for Diversity & Inclusion coalition, joining a partnership of more than 1,500 CEOs pledging to foster a diverse and inclusive workplace environment.

Salisbury, N.C.-based Food Lion has more than 1,000 stores in 10 Southeastern and Mid-Atlantic states, and employs more than 82,000 associates. Its parent company, Ahold Delhaize USA, a division of Zaandam, Netherlands-based Ahold Delhaize operating more than 2,000 stores across 23 states, is No. 10 on The PG 100, Progressive Grocer’s 2021 list of the top food and consumables retailers in North America. 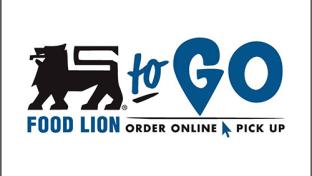 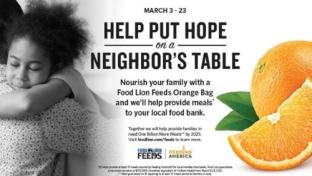 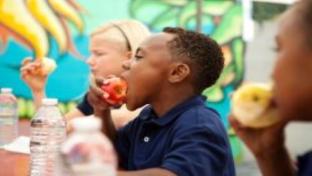 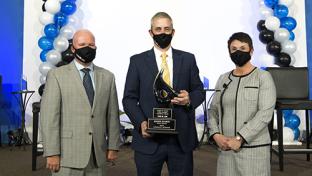