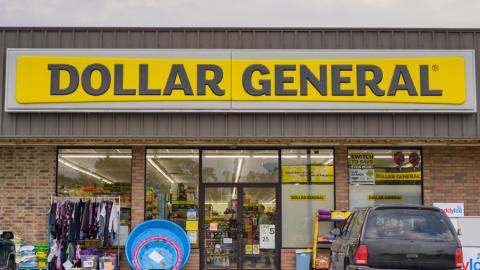 Dollar General Corp. plans to introduce a grocery pickup service for online orders,  according to a published report.

“We’ve always tried to be at the leading edge of value and convenience, and we hear our customers talking about [click and collect] a lot,” the company's CIO, Carman Wenkoff, told The Wall Street Journal. He added that a pilot would roll out in the next few months, initially through an app, although he declined to say how many locations would take part.

Although many grocers and big-box stores feature grocery pickup services, the feature isn’t as common at discount chains, the article noted, adding that Dollar Tree customers can buy items online and have them sent to a store, while Five Below shoppers can’t.

To make the grocery pickup feature viable, Wenkoff’s team will need to integrate the mobile app with several data systems and applications with information about the company’s supply chain and inventory that could, for instance suggest replacement items for out-of-stock products or allow the use of digital coupons for items bought online.

Dollar General’s digital tools include a “cart calculator” mobile app feature enabling shoppers to total up items as they shop so they know what they’re going to pay, which is available in about 75% of stores, while another feature informs shoppers when a coupon is available for an item in their cart.

In about 250 stores, the mobile app also allows customers to scan and pay for items in store with their phones, thereby avoiding the checkout line. This feature will roll out to 500 more stores by early next year, according to Dollar General.

According to CEO Todd Vasos, the company will take its time with the pilot, which will be scheduled for “the back half of the year,” as he noted during Dollar General’s Q2 earnings call in August.

“We’re going to go slow here,” he went on to explain. “We want to make sure that the consumer resonates with that. So, remember, our average basket size is $12 or less, five items or less on average. So it's a little bit different shop than what you would find in a big-box retailer. And so, buy online pick up in store will be no different. It will be a different shop. But what we believe we can do is offer [the shopper] another leg of convenience. So that she can come to the store, pick up what she needs, probably add an item or two to her online pickup, and then be able to get out very, very quickly.

As for anticipated results, he said that the company would “have to wait and see.”