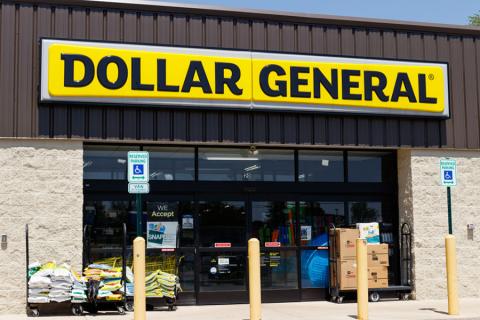 Dollar General had a "great" 2018, according to CEO Todd Vasos

Dollar General Corp. has disclosed plans to open 975 new stores, remodel 1,000 mature store remodels and relocate 100 during fiscal 2019. The information came during the retailer’s release of earnings for its 13-week fourth quarter and 52-week fiscal year 2018 ended Feb. 1, and at roughly the same time that rival operator Dollar Tree revealed plans to close as many as 390 of its Family Dollar stores.

Dollar General’s net sales increased 8.5 percent to $6.6 billion in Q4 2018 compared with $6.1 billion in the year-ago period. This increase included positive sales contributions from new stores and growth in same-store sales, modestly offset by the impact of store closures. Same-store sales grew 4 percent from Q4 2017, driven by increases in average transaction amount and customer traffic, both of which Dollar General said have benefited from the early release of government SNAP assistance. Q4 2018 same-store sales included growth in the consumables, seasonal and home categories, partly offset by decreases in the apparel category.

“2018 was a great year for Dollar General, and we entered 2019 with a strong foundation for success,” said Dollar General CEO Todd Vasos. “During the fourth quarter we delivered strong same-store sales growth, driven by performance in both consumable and nonconsumable product sales, which resulted in our highest two-year same-store sales stack in 21 quarters. We also continued to make progress executing our digital and nonconsumables strategic initiatives, while staying true to our ongoing operating priorities. Looking ahead to 2019, we are excited to introduce two new transformational strategic initiatives, DG Fresh and Fast Track. DG Fresh, which is designed to enable self-distribution of fresh and frozen products, is already up and running in approximately 300 stores, and Fast Track, which we believe will enhance in-store labor productivity and customer convenience, is launching soon. Our team is very excited about the future, and I believe we remain well positioned to continue delivering best-in-class value and convenience to our customers and creating long-term shareholder value.”

“Our operating and financial plan for fiscal year 2019 is balanced between investing in the long-term health of the business and delivering returns to our shareholders,” noted Dollar General CFO John Garratt. “We are excited about our strategic initiatives, and we are devoting resources to support them as we believe they will create sustainable benefits for the company.”