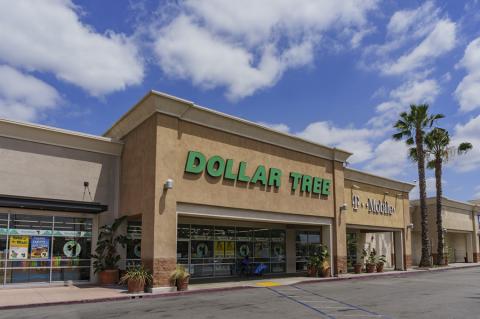 Dollar Tree is aggressively seeking to optimize its store base through closures, renovations and innovative offerings

In a bid to optimize its store base, Dollar Tree Inc. has revealed that for its fiscal year 2019, it could close as many as 390 underperforming Family Dollar stores. The Chesapeake, Va.-based retailer explained that it would need to shutter that many locations, rather than its “normal” number of about 75, if it was unable “to obtain material rent concessions from landlords” of the properties.

The company also said that it would convert about 200 Family Dollar stores to the Dollar Tree banner this year, in addition to placing adult beverages in about 1,000 stores and installing freezers and coolers in around 400 stores.

Further, the company has introduced an updated model for new and renovated Family Dollar store, known internally as “H2.” According to Dollar Tree, the prototype “has significantly improved merchandise offerings, including Dollar Tree $1 merchandise, throughout the store. H2 has produced increased traffic and provided an average comparable-store sales lift in excess of 10 percent over control stores. H2 performs well in a variety of locations, and especially in locations where Family Dollar has in the past been the most challenged.”

The retailer added that it planned to renovate a minimum of 1,000 Family Dollar stores in 2019 and ramp up the renovation schedule in the years to come.

“The actions taken in 2019 under the Store Optimization Program alone are expected to provide a comparable-store sales lift of up to 1.5 percent once they have been implemented by the end of fiscal 2019,” Dollar Tree said.

“Sales for the quarter were strong,” asserted Dollar Tree President and CEO Gary Philbin. “Our results demonstrate the increasing strength of the Dollar Tree brand, and accelerated progress on the Family Dollar turnaround, as Family Dollar delivered its strongest quarterly same-store sales growth of the year.”

During the quarter, the company opened 143 stores, expanded or relocated 14, and opened five Dollar Tree locations that were converted from the Family Dollar banner.

“Since the merger, we have prepaid $4.3 billion dollars of debt, captured significant synergies in both brands, and fully integrated most systems, functions and departments across banners,” noted Philbin. “By July, we will complete the most important phase: unifying our headquarters under one roof in Virginia. With these improvements behind us coupled with an investment grade debt rating and expected operating cash flow, before capital expenditures, of approximately $2 billion in 2019, we are in an ideal spot to accelerate our initiatives to position the Family Dollar and Dollar Tree banners for success.”

Among new initiatives the company plans to test in certain Dollar Tree stores is offering multiple price points, which it observed has been done on previous occasions. The test stores will feature “high-value multi-price merchandise,” according to Dollar Tree.