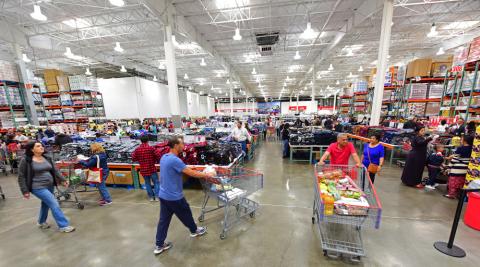 Costco Wholesale Corp. is out with results for its fourth quarter and fiscal year, and it’s good news from a performance standpoint. Net sales were up 15.2% for the most recent quarter ending Aug. 28 and, on a 52-week basis, rose 16% to reach $222.73 billion. That was largely in line with Wall Street expectations.

The club store chain raked in more income in the measured time periods. Fourth quarter net income topped $1.86 billion versus $1.67 billion in Q4 of 2021. On a year-over-year basis, net income reached $5.84 billion in 2022, exceeding the $5.01 billion mark the prior year.

On an earnings call, CFO Richard Galanti shared that the best performing categories for the fourth quarter include candy, frozen, kiosks, tire, lawn and garden, jewelry, toys, bakery and deli.

Although Costco’s membership model and audience base traditionally give the retailer some insulation from inflation-driven shopper pullback, there were some wrinkles that underscored the turbulent nature of the 2020s thus far. For example, Costco shared that its cash and cash equivalent assets are down compared to last year, while its total liabilities have edged upwards. In addition, high gas prices, especially in early summer, positively impacted sales during the most recent quarter by as much as 5.5%.

Galanti expressed some optimism — or at least less pessimism — about the inflationary environment. “Overall, we’re seeing a little light at the end of the tunnel. And despite current inflation levels, we believe we continue to remain competitive,” he declared, citing lower prices for commodities like fuel, steel and beef.

Reflecting that outlook, a membership fee hike is not on the horizon right now. “There are no specific plans regarding a fee increase at this time. We're pleased with our growth in both top-line sales and membership households over the last several quarters and in member loyalty. We'll let you know when something is about to happen,” Galanti remarked.

Looking ahead, Costco reported that it plans to open 25 new warehouses in fiscal 2023, including 15 in the U.S.

Issaquah, Wash.-based Costco has more than 550 locations and is No. 3 on The PG 100, Progressive Grocer’s 2022 list of the top food and consumables retailers in North America.