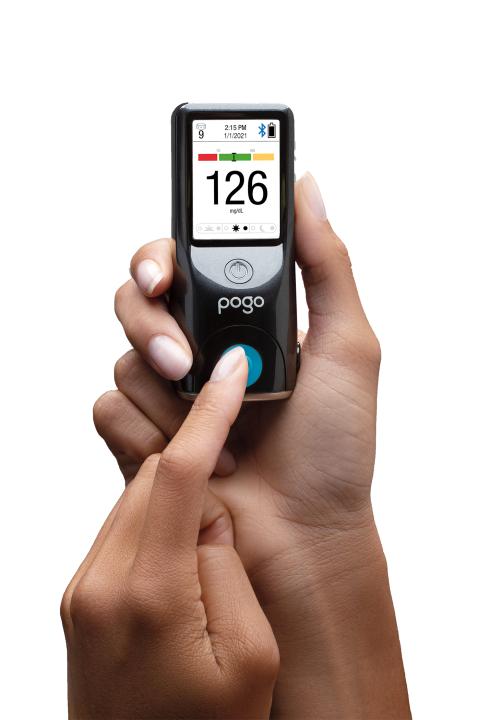 Intuity Medical is a commercial-stage medical technology and digital health company focused on making life with diabetes easier. Its POGO Automatic is the only FDA-cleared automatic blood glucose monitoring system, or ABGM, that lances and collects blood in just one step with 10-test cartridge technology, ending the need to individually load lancets and test strips (as required by other blood glucose meters). POGO Automatic delivers a simplified and discreet blood glucose testing experience that is less disruptive to the everyday lives of people with diabetes.

[Read more: "How the Supermarket Can Be Destination for Managing Health Conditions"]

The CMPP is a prescription discount card program that provides Costco members and their eligible dependents with the ability to obtain lower prices on prescription products. While it is not insurance, the CMPP is commonly used instead of insurance to make prescription purchases in instances where, for example, coverage is limited or insurance does not cover the cost.

“We are excited Costco is making POGO Automatic available through the CMPP because — just like POGO Automatic itself — the CMPP is another big stride forward in easing the burden of blood glucose testing for people with diabetes,” said Emory Anderson, president and CEO of Fremont, Calif.-based Intuity Medical. “ ... POGO Automatic is all about removing barriers in the glucose testing procedure itself. That is why we are so glad there is a program like the CMPP — because its discounts help reduce the cost to ensure that pricing is also not a barrier to glucose testing.”

CMPP is offered at no additional charge and is a value-added benefit of Costco membership. Any member can access CMPP discounts, and persons under 18 are also eligible as dependents.

The CMPP is an independent prescription drug discount program administered by Costco Health Solutions, Inc. and cannot be used in conjunction with any insurance program, outside discount program or government program, such as Medicare, Medicaid or state programs.

Meanwhile, Costco recently revealed that its net sales climbed 15.3% to top $70.8 billion during its fourth quarter ending Aug. 28, which also marked the end of its fiscal year.

Issaquah, Wash.-based Costco has more than 550 locations and is No. 3 on The PG 100, Progressive Grocer’s 2022 list of the top food and consumables retailers in North America.