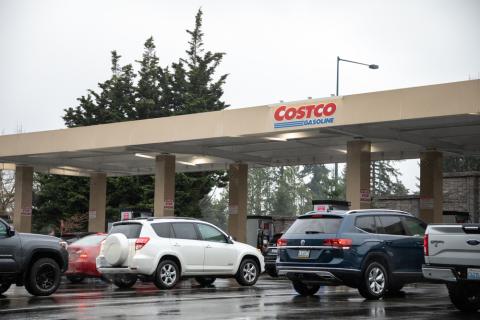 The possible move comes at a time when New Jerseyans are looking for relief at the pump as the average price of gas has officially reached $5 a gallon in the Garden State. In the past, consumers usually sought relief at Costco fuel stations. Currently, Costco is keeping its prices under the $5 mark.

Sal Risalvato, executive director of the New Jersey Gasoline, C-Store, Automotive Association headquartered in Wall Township, suggests that maybe the new move was brought on by paying members not happy about nonmembers getting the same privilege they do. With both members and nonmembers filling their tanks, it’s very common to see long lines at the almost 20 Costco fuel stations located in New Jersey.

"I am learning they (Costco) are taking a position that it is not illegal to limit their customers to members at their New Jersey gas stations and I see nothing in state law that prevents them from doing this," said Risalvato.

New Jersey 101.5 also reported that an existing law states that prices must be posted and retailers cannot sell gas at prices discounted from the posted price. But the regulation says nothing about requiring a membership.

However, Costco tried this same move in 2004 in the Garden State. Back then, the wholesaler was ordered to open its gas stations to the general public after the state deemed its member-only requirement violated New Jersey laws regarding fuel sales at the time.

Meanwhile, Costco recently benefited from increased membership in its third quarter, ended May 8. The company reported membership fee income of $984 million, or 1.91 as a percentage of sales, up $83 million year-over-year, or a 9.2% increase. Net sales for the retailer's third quarter increased 16.3%, to $51.61 billion, from $44.38 billion last year.

Issaquah, Wash.-based Costco has over 550 locations and is No. 3 on The PG 100, Progressive Grocer’s 2022 list of the top food and consumables retailers in North America.