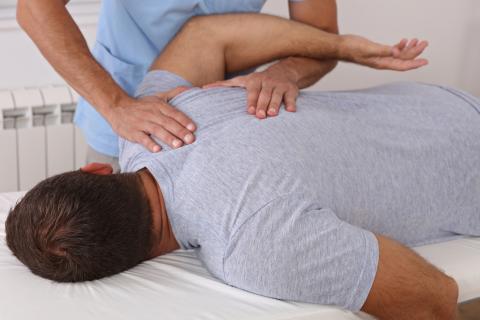 The Back Space has revealed five of its planned 10 locations within a Walmart retail store as part of a pilot program.

At a time when many food and consumables retailers are ramping up their health care products and services for consumers, some Walmart locations will feature The Back Space, a chain of retail health care centers specializing in chiropractic and spinal care services.

The Back Space has revealed five of its planned 10 locations within a Walmart retail store as part of a pilot program. The first location opened in May in Murfreesboro, Tenn., to be followed by a second in that city, as well as centers in La Vergne and Antioch, Tenn., and Chesterfield, Mo. Services will be offered on a walk-in and appointment basis at $25 per treatment, with memberships available for $65 per month that are valid at any The Back Space location.

“The Back Space continues its next phase of storefronts and unique care platform with valuable information regarding consumer preference from our first location,” noted Jeffrey Ervin, CEO of Brentwood, Tenn.-based IMAC Holdings Inc., parent company of The Back Space. “Importantly, initial consumer feedback verifies that The Back Space delivers value for the Walmart customer at an affordable price. Our announced locations are in the permitting process and will begin construction soon. In the meantime, we have developed a replicable buildout process that will accelerate grand-opening dates by a week and save approximately 15% of implementation costs for each future facility.”

Created in March 2015 to expand on the footprint of the original IMAC Regeneration Center, which opened in Kentucky in August 2000, IMAC Holdings owns or manages more than 15 outpatient clinics that provide regenerative, orthopedic and minimally invasive procedures and therapies. It has partnered with several active and former professional athletes, including Ozzie Smith, David Price, Mike Ditka and Tony Delk.

Bentonville, Ark.-based Walmart operates about 10,500 stores and clubs under 48 banners in 24 countries, and e-commerce websites, employing 2.2 million-plus associates worldwide. Walmart U.S. is No. 1 on The PG100, Progressive Grocer’s 2021 list of the top food and consumables retailers in North America, while Walmart-owned Sam’s Club ranks No. 9 on the list.