Now that another Christmas is behind us, it's time for that other festive annual tradition: Amazon's holiday sales report.

While the company doesn't share actual sales numbers, the Seattle-based ecommerce giant did release some interesting data about its grocery sales over the holiday shopping season so far.

“This holiday season has been better than ever thanks to our customers and employees all around the world,” said Jeff Bezos, Amazon founder and CEO. “On behalf of all Amazonians, we wish everyone the happiest of holidays and a fantastic 2020.”

Overall, Amazon noted that it had a "record-breaking" holiday season because of its "customers all around the world – billions of items were ordered worldwide and tens of millions of Amazon devices were purchased worldwide."

And more than 100 million items sold by independent third-party sellers – mostly small and medium-sized businesses – were shipped with Prime Free One-Day Delivery over the holidays in the United States.

The New York Times reported in July that Amazon was brainstorming a new type of grocery store that would combine traditional shopping with online pickup. That store is scheduled to open in Woodland Hills, Calif., in 2020.

The company also recently launched one- and two-hour grocery delivery of meat, seafood, eggs, produce and other fresh items in Tampa, Fla. 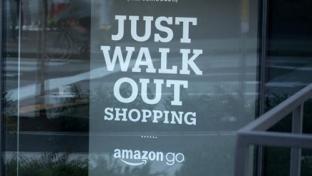