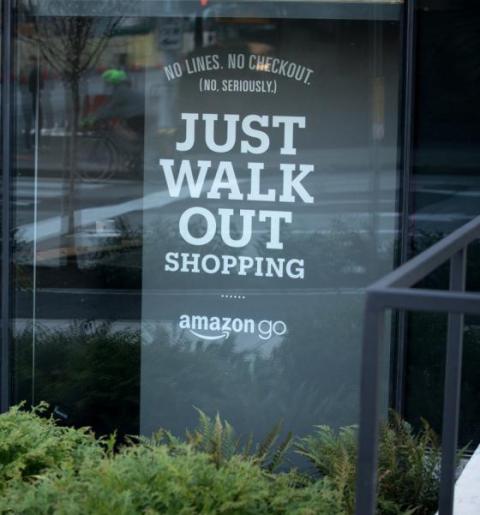 Details have been scant about Amazon's forthcoming new grocery concept, but the company has said it won't feature the Just Walk Out technology at Amazon Go stores

In its ongoing bid to compete with the likes of Walmart in the grocery space, ecommerce giant Amazon has confirmed plans to open a new grocery store banner next year in California, following the posting of four job openings in the Woodland Hills neighborhood of Los Angeles, according to a published report.

While Amazon has said that the store concept will differ from that of Whole Foods Market, which it acquired in August 2017, the company hasn’t yet provided any details on the banner’s name and future locations beyond Woodland Hills, or what its selection or pricing model would be, CNet reported.

One clue, however, appeared in the job postings, which referred to the future Woodland Hills location, a onetime Toys “R” Us measuring around 35,000 square feet, as “Amazon’s first grocery store,” indicating that it could feature the Amazon brand name and expand to various sites.

According to CNet, the store won't use the company's Amazon Go technology, which enables shoppers to check out without waiting in line. Amazon told the publication that checkout would be conventional, as at other grocery stores.

As well as Whole Foods, which has more than 500 stores, Amazon provides grocery delivery via Amazon Fresh, the main Amazon website and Prime Now, in addition to the offerings at Amazon Go.

Amazon also told CNet that the new grocery concept wouldn’t compete against Whole Foods and didn’t mean that it was done growing that business.

“When it comes to grocery shopping, we know customers love choice, and this new store offers another grocery option that’s distinct from Whole Foods Market, which continues to grow and remain the leader in quality natural and organic food,” a company representative said, adding that Whole Foods had opened 17 locations this year, with more to come, and that Amazon would continue to invest in grocery delivery with Whole Foods.

Back in March, The Wall Street Journal reported that Amazon had a new grocery store chain in the works, later revealing that the concept was on track to debut by the end of this year.

More evidence of Amazon’s increasing focus on the grocery business was its decision in October to eliminate the $14.99 monthly fee for Amazon Fresh grocery delivery.