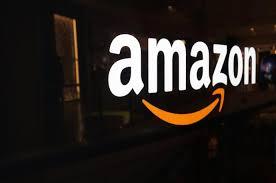 Amazon is diving further into food retailing as it plans to begin opening "dozens of grocery stores" in several major U.S. cities before the year's end, The Wall Street Journal has reported, citing people familiar with the matter.

While it's uncertain whether the banner will carry the Amazon name, its premiere location is anticipated to be in Los Angeles, with leases signed for at least two other locations planned to open early next year. The WSJ report also noted that Amazon is "exploring an acquisition strategy" to expand the new brand through purchasing smaller regional chains.

Amazon is expected to differentiate the stores from its own Whole Foods stores, which it acquired in August 2017, by offering a different variety of products, and sell them at lower price points. The news comes the same week that the ecommerce company is not only discontinuing the smaller-format, lower-price-point 365 by Whole Foods Market concept, but also rebannering existing locations as Whole Foods stores.

The other food-retailing format that Amazon currently operates is its Amazon Go cashierless convenience concept, which currently has 10 locations in the United States. The company is planning, however, to have 3,000 of them operating by 2021, and reportedly is preparing to its first one abroad, in London.

Could the new chain be cashierless like the Go stores? Possibly. Late last year, Amazon reportedly was testing the same technology powering the Go stores in a larger-format store. But although the stores currently employing the technology sell groceries, it hasn't yet been reported that the larger store being tested will be an actual grocery store.

Whole Foods' focus on natural and organic products means Amazon has not been able to capture the more mainstream part of the market that typically shops traditional grocery stores. However, the new chain offers the potential to do so, some experts believe.

"As Amazon develops its own branded stores – Prime Grocery, anyone? – it will be an even more formidable omnichannel competitor for traditional grocers," said Sylvain Perrier, CEO and president of Mercatus, a Toronto-based provider of digital solutions for grocery. "Amazon-branded stores can anchor the value end of the market, while Whole Foods continues to attract more affluent, health-conscious consumers. And as Amazon rolls out a growing number of brick-and-mortar locations, traditional grocers can no longer rely on their physical footprint alone to differentiate themselves from the online juggernaut.

Added Perrier: "While Amazon has had trouble perfecting the in-store element of retail, this is a clear commitment to optimizing their entire omnichannel experience. Amazon grocery stores will certainly use their expansive shopper data to merge the in-store and online grocery experience, and given that Amazon has a way of making certain strategies the industry standard, grocers will be in trouble if they do not heavily invest in their digital practices and find effective ways to complement the in-store and digital experiences."

Under the name of its Austin, Texas-based Whole Foods Market division, Amazon is No. 8 on Progressive Grocer's Super 50 list of the top grocers in the United States.