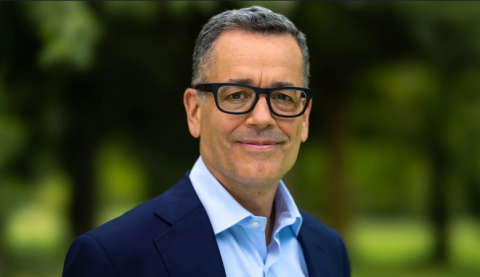 Amazon CEO Andy Jassy has revealed that Doug Herrington will become the new CEO of the company’s Worldwide Amazon Stores business (formerly known as Consumer). Herrington joined the company in 2005 to build out its Consumables business. In 2007, he launched Amazon Fresh and in 2015, he stepped up to lead the entire North American Consumer business.

“Doug and I have worked together [as senior leaders] since 2011,” wrote Jassy in a message to the company. “He is a builder of great teams and brings substantial retail, grocery, demand generation, product development and Amazon experience to bear. He’s also a terrific inventor for customers, thinks big, has thoughtful vision around how category management and ops can work well together, is a unifier, is highly curious, and an avid learner. I think Doug will do great things for customers and employees alike, and I look forward to working with him in this leadership role.”

Amazon intends to accelerate the expansion of its physical food retail footprint across the United States. As indicated by the company’s first-quarter earnings report on April 28, online sales were down 3% year over year to $51.1 billion, but physical-store sales were up 17% to $4.6 billion. That number marks Amazon’s fourth consecutive quarter of double-digit physical-store sales increases.

Jassy continues to  be highly optimistic about the company’s Stores business. “It’s worth remembering that Amazon currently only represents about 1% of the worldwide retail market segment share, and 85% of that worldwide market segment share still resides in physical stores,” he wrote. “If you believe that equation will change over time (which I do), there’s *a lot* of potential for us as we continue to be laser-focused on providing the best customer experience (broadest selection, low prices, fast and convenient delivery) while working on our cost structure to have the right long-term business.”

Meanwhile, as a result of Herrington’s new role, Jassy also noted that Amazon’s Operations group will be united under a single leader: John Felton. The 18-year Amazon veteran spent 12 years in Retail and Operations finance leadership roles. In 2018, Felton moved to Worldwide Operations to become the VP of global customer fulfillment, and in 2019, he took over the newly formed Global Delivery Services group, encompassing global import/export, Amazon Logistics and last-mile delivery services. He joined the senior leadership team in September 2020.

“John has strong end-to-end knowledge of our fulfillment network, operates with an important mix of strategic thinking and a command of the details that matter most in our network, is right a lot, and is a strong team builder who is dedicated to making Amazon a great place to work for our employees,” wrote Jassy.