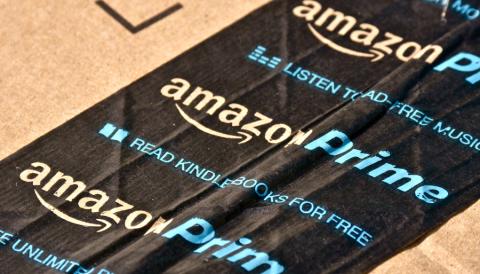 Whole Foods might be planning 10 percent discounts for subscribers to Amazon’s Prime program, which offers unlimited two-day shipping and other amenities for $99 a month, according to information obtained by CNBC.

While the news isn’t official, trial-stage marketing materials were seen in a store late Wednesday but removed by Thursday morning. One banner alerted that “blue signs mean special deals” for Amazon Prime members, while another offered an extra 10 percent off “hundreds of sale prices.”

The Austin, Texas-based natural food grocer claimed to CNBC that it isn’t testing the offers at any stores. However, it wouldn't be surprising if these or similar offers were in the works for Prime members in the near future.

Amazon already has communicated its intent to offer special deals and perks at Whole Foods to Prime members. When its acquisition of Whole Foods closed, in addition to promising lower prices on select products, Amazon said it would begin integrating its Prime membership program into the Whole Foods POS system, allowing Prime members to receive “special savings” and in-store benefits upon completion of the integration.

Since then, Seattle-based Amazon has launched free two-hour grocery delivery from Whole Foods stores via its super-fast Prime Now delivery program, which it soon after said it would merge with its Amazon Fresh grocery delivery service to “eventually streamline a delivery experience for Whole Foods.” At the time of the launch, Amazon said it would expand the service throughout the year, which it has done so far in Atlanta and San Francisco.

It’s unknown exactly how many Prime members also shop Whole Foods’ stores. But according to research from Morgan Stanley shared by CNBC last September, it’s estimated that almost two out of five Whole Foods shoppers – about 5 million households – weren’t Prime members around the time of Amazon’s Whole Foods acquisition. However, Morgan Stanley said at that time that it expects Amazon to convert half of those shoppers by the end of 2019.