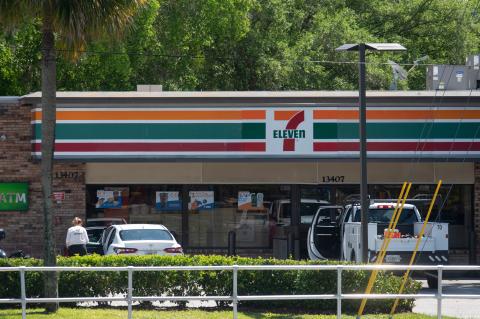 Waitr, along with its Bite Squad and Delivery Dudes platforms, will deliver from more than 700 7-Eleven locations.

7-Eleven, one of the nation’s top brands and popular convenience stores, has teamed up with online food ordering and delivery platform Waitr Holdings Inc. The new partnership will allow Waitr, along with its Bite Squad and Delivery Dudes platforms, to deliver from more than 700 7-Eleven locations. Consumers will now be able to order and have their purchases from various 7-Eleven locations delivered to their homes and places of business.

“We’re excited to reach and serve our customers on Waitr with what they want – when, where and how they want it,” said 7-Eleven SVP and Chief Digital Officer Raghu Mahadevan. “We look forward to bringing fan-favorite 7-Eleven products – like ice-cold Slurpee drinks, hot pizza or ice cream – to even more customers across the country.”

Waitr, Bite Squad and Delivery Dudes connect local restaurants and grocery stores to diners in underserved U.S. markets. As of March 31, the services operate in approximately 1,000 cities throughout the country.

The collaboration is also another way for 7-Eleven to bring customers new ways to shop. Recently, the retailer opened a fifth Evolution Store in the Dallas-Fort Worth area, allowing shoppers to try tech innovations in a different kind of format. There are currently nine Evolution stores in the United States, each with an in-house restaurant, but no two locations are exactly alike. In the realm of e-commerce, 7-Eleven teamed up earlier this year with Birmingham, Ala.-based Shipt to deliver a range of snacks, drinks and household essentials.

“The addition of 7-Eleven to our platform represents the newest example of our ongoing commitment to expand into new delivery verticals,” said Carl Grimstad, CEO and chairman of the board of Lake Charles, La.-based Waitr. “This partnership creates a new level of convenience for our customers. Effective immediately, we will be able to deliver your favorite food and snacks from hundreds of 7-Eleven locations directly to you.”

Waitr operates in more than 1,000 cities in the United States and has 26,000 restaurants-plus on its platform. Just last year, the company launched in more than 90 new cities and widened its areas of service in the on-demand delivery sector.

Based in Irving, Texas, 7-Eleven operates, franchises and/or licenses more than 13,000 stores in the United States and Canada. In addition to 7-Eleven stores, 7-Eleven, Inc. operates and franchises Speedway, Stripes, Laredo Taco Company, and Raise the Roof Chicken and Biscuits locations. The company is No. 13 on The PG 100, Progressive Grocer’s 2022 list of the top food and consumables retailers in North America. Available to 80% of households in more than 5,000 U.S. cities, Shipt is a wholly owned subsidiary of Minneapolis-based Target Corp., which is No. 6 on PG’s list, with more than 1,900 locations.