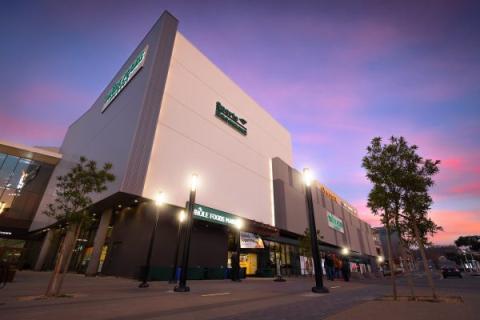 On March 10, Whole Foods Market will open its ninth store in the Bay Area. Its San Francisco flagship store will be located at Trinity Place, 1185 Market Street, in the city’s Mid-Market neighborhood. The new location will be slightly larger than recent new stores, at 64,737 square feet.

This latest opening follows the Jan. 12 debut of Whole Foods’ Stonestown store, which is less than 10 miles from the new Trinity location. The 50,780-square-foot store is located in the Stonestown Galleria Mall at 3251 20th Avenue.

Whole Foods continues to place an emphasis on local offerings with its new stores, and the Trinity location will be no exception. Its product assortment will feature more than 3,700 local products throughout the store, all handpicked by Patrick Wyman, local forager for Whole Foods Market’s Northern California region.

Some of the local flavors that will be found at the Trinity store include:

The Trinity store’s design will also pay homage to classic San Francisco, with inspiration from the former Crystal Palace Market, the modern industrial feel of the Tenderloin district, and the iconic colors of the Golden Gate Bridge.

The first certified-organic national grocer, Austin, Texas-based Whole Foods has more than 500 stores in the United States, Canada and the United Kingdom. The company is No. 26 on The PG 100, Progressive Grocer’s 2021 list of the top retailers of food and consumables in the United States, while its parent company, Seattle-based Amazon, is No. 2 on PG's list.