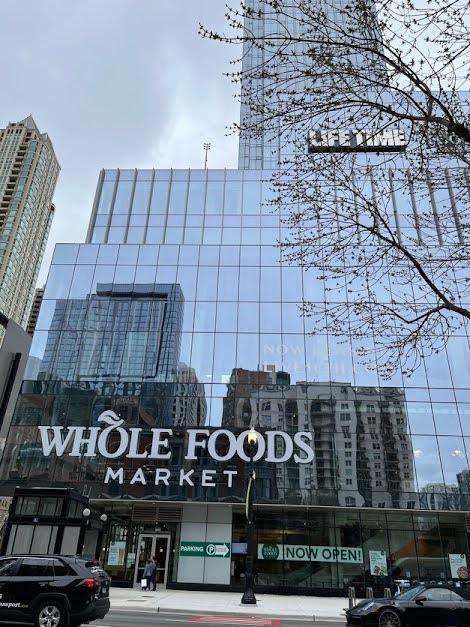 The latest Whole Foods in Chicago at 3 W. Chicago Ave. opened on April 27.

Whole Foods Market has gotten an upgrade in Chicago – literally and figuratively. The natural foods retailer recently moved into a second-level floor of a gleaming residential high rise about a block or so from its previous location in the city’s Gold Coast neighborhood.

As its name implies, the Gold Coast is considered a high-end area and home to a mix of historic structures and shiny new developments. This particular location inside the new One Chicago condominium and apartment building at 3 W. Chicago Ave. was designed to reflect its surroundings, with the latest grocery technologies and new products along with architectural nods to the past, such as repurposed vintage tiles. The space was created by Whole Foods with design firm BRR Architectureand general contractor Novak Construction.

Traffic at the store was brisk on the first weekend following the April 27 opening. The 65,956-square foot layout is amenable to large crowds, with fresh food stations spread out in a more linear than box-like way and wide aisles that accommodate shopper streams. Several free-standing cases, stocked with products ranging from dessert bars to smoked and candied salmon, are arranged for grab-and-go enticement. Self-checkout stands are set up near the customer service desk rather than just tacked onto the service checkout lines.

To make it easier for shoppers to bring their groceries to their onsite residences or their cars parked in a connected garage, the store added wide escalators that accommodate carts. Parking validation is available at the customer service desk, with a 90-minute limit and a $10 minimum purchase.

Whole Foods’ points of differentiation are called out via signage and visual displays, which include video monitors, posters and tags about local suppliers and a lighted display over a seafood case that reads “Supporting the future of our oceans.” Messaging about the retailer’s environmental, social and governance (ESG) commitments are also posted in various spots around the store, covering sustainability, transparency, food equity and other topics.

The store's product assortment includes a host of items sourced from local vendors, including hydroponic growing facilities, family farms and artisan startups. As one would expect from a Whole Foods, the prepared food section is expansive and includes hot and cold food bars, pizza, sushi and a Market Plate bistro with entrees and sides. Other foodservice-at-retail spots include a full service coffee bar in the lobby and an on-site taproom serving beer, wine, spirits and bar bites.

As it welcomes its first customers, the new Whole Foods is offering special savings on certain products and donating 1% of each day’s total sales to benefit four local schools. The retailer is also supporting the community with donations to nonprofit organizations and food pantries.

Currently, Whole Foods operates 10 other stores in the city of Chicago. Last week, the Amazon-owned retailer announced that its location in the Englewood neighborhood on the South Side was closing; that store opened to much fanfare and city support in 2016 because it was built in an area considered a food desert. Whole Foods is also shuttering its location near the DePaul University campus in Chicago in the coming weeks.

Seattle-based Amazon is No. 2 on The PG 100,  Progressive Grocer’s 2021 list of the top food and consumables retailers in North America, while Austin, Texas-based Whole Foods Market, a wholly owned subsidiary of Amazon, is No. 26 on PG’s list. 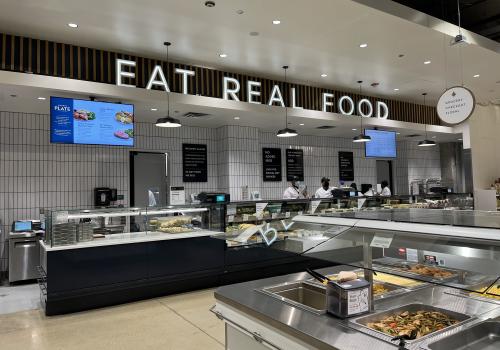 The prepared foods area at the new Whole Foods store in Chicago.
Image 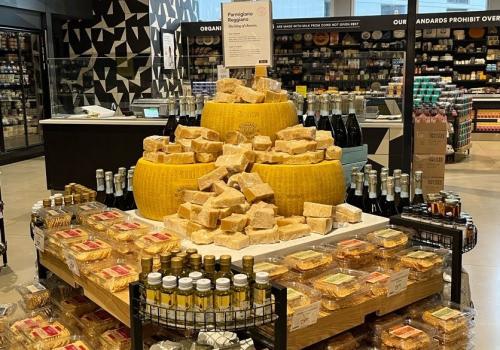 The store's specialty cheese department is overseen by an in-store American Cheese Society Certified Cheese Professional and a team of cheesemongers.
Image 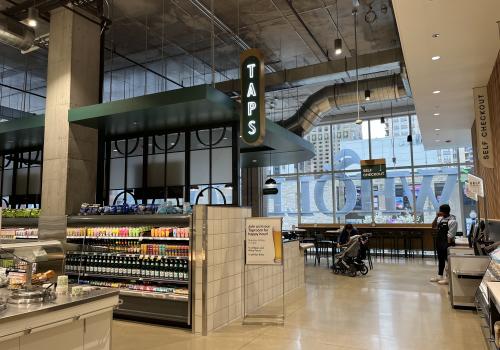 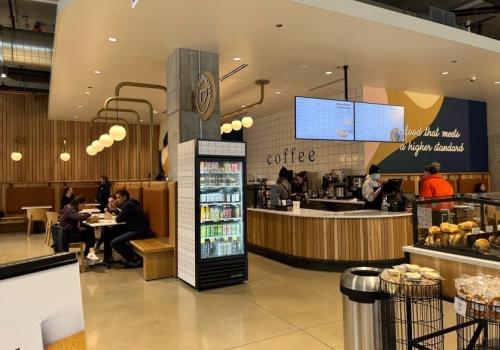 Shoppers walking into the new Whole Foods in Chicago pass by a first-level coffee bar before heading up to the second-floor store.