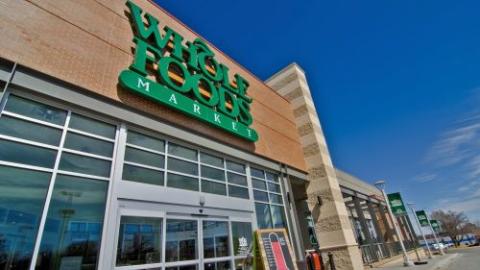 Whole Foods Market has officially opened its latest Southern California store, which is fully equipped with a taproom and indoor and outdoor seating areas.

Offerings from more than 40 local farms include heirloom tomatoes from Be Wise Ranch, sprouts from Kowalke Organics and watermelon from Valpredo Farms. A specialty department also pays homage to cheesemakers and artisan producers such as Central Coast Creamery, Gusto and Di Stefano Cheese.

The location’s design highlights community staples, including artwork of the Baldwin Hills Overlook and a bird’s-eye-view painting of Culver City. The beer and wine selection will also pay homage to local makers, with offerings such as Fresh Pils of LA from Common Space Brewery and wine offerings from DAOU Vineyards, Turning Tide Wines, Ancient Peaks Winery and Field Recordings Winery.

A full-service meat counter, a full-service seafood counter, a bakery and a prepared food section will also be available to shoppers. The Cul Bar taproom will have 24 beers on tap and offer indoor and outdoor seating in addition to happy hour and daily specials.

With its entry into the community, Whole Foods has made donations toward necessary improvements at the Good Earth Community Garden and LA Green Grounds. The grocer will also partner with Communities in School to help support nutritious after-school snacks for children in the West Adams schools that the organization serves, and support summer events for Black Women for Wellness and the Shower of Hope’s weekly events at the West Adams Church of Christ.

This is the latest in a string of Whole Foods locations to open their doors this summer. Other outposts have cropped up in Grand Rapids, Mich.; Woodcliff, N.J.; Pittsburgh’s East Liberty neighborhood; and the NoMad neighborhood of New York City.

The first certified-organic national grocer, Austin, Texas-basedWhole Foods has more than 500 stores in the United States, Canada and the United Kingdom. The company is a wholly owned subsidiary of Seattle-basedAmazon, which is No. 2 on The PG 100,  Progressive Grocer’s 2022 list of thetop food and consumables retailers in North America.