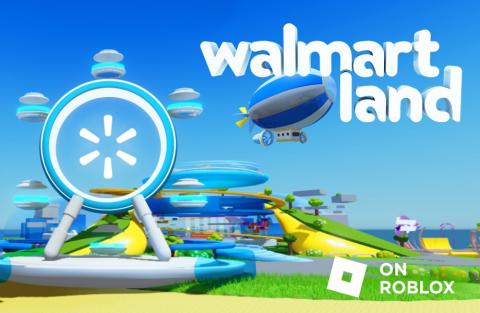 Walmart aims to connect with digitally engaged consumers by launching into metaverse entertainment.

It’s one thing to be a leader in the ominchannel. Now, Walmart is entering the metaverse.

The retailer is taking entertainment to the next level by introducing two spaces in the popular Roblox platform. Through Roblox, users can virtually explore Walmart Land and Walmart’s Universe of Play.

In the metaverse, Walmart Land features several immersive experiences, such as a virtual store of merchandise dubbed “verch.” The digital space also offers three experiences, including an Electric Island inspired by music festivals, a House of Style with virtual dressing rooms and posing challenges and Electric Fest, a motion-capture celebration with performances by popular artists. On that note, celebrities are part of the entertainment, like Noah Schnapp of Netflix’s “Stranger Things” and country artist Kane Brown.

Walmart’s Universe of Play provides content for entertainment and also highlights popular toys ahead of the holiday season. Users in this community can check out different toy worlds and take part in immersive games with branded products and characters. The Universe of Play also enables users to unlock rewards, including coins that are redeemable for their avatar’s verch.

By opening up these experiences through the Roblox platform – which claims to encompass 52 million daily users – Walmart is seeking to connect with younger and digitally-active consumers. "We’re showing up in a big way – creating community, content, entertainment and games through the launch of Walmart Land and Walmart’s Universe of Play," said William White, chief marketing officer, Walmart U.S. "Roblox is one of the fastest growing and largest platforms in the metaverse, and we know our customers are spending loads of time there. So, we’re focusing on creating new and innovative experiences that excite them, something we’re already doing in the communities where they live, and now, the virtual worlds where they play."