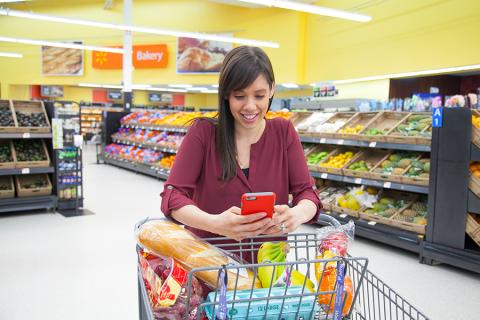 In revealing its strong Q4 FY 2019 results, Walmart reaffirmed its commitment to its shoppers

For the fourth quarter of its fiscal 2019, Walmart Inc. logged its strongest U.S. comparable sales in nearly a decade. This was on a two-year stack of 6.8 percent, as the mega-retailer’s Stateside ecommerce sales, continuing to benefit from its expansion of grocery pickup and delivery services plus a wider product assortment on Walmart.com, rose an impressive 43 percent.

“We had a good year, and I want to thank our associates for their great work and openness to change,” said Walmart President and CEO Doug McMillon. “They continue to inspire us as we strive to serve our customers better every day. Progress on initiatives to accelerate growth, along with a favorable economic environment, helped us deliver strong comp sales and gain market share. We’re excited about the work we’re doing to reach customers in a more digitally connected way. Our commitment to the customer is clear – we’ll be there when, where and how they want to shop and deliver new, convenient experiences that are uniquely Walmart.”

“Retailers watching Walmart’s success must understand that its impressive Q4 earnings results were driven in large part by its significant investment in ecommerce,” noted Sylvain Perrier, president and CEO of Toronto-based Mercatus, a digital solutions provider for grocery. “This includes various grocery initiatives such as online ordering, BOPIS and delivery. While some have been hesitant to drive these efforts within their organizations, Walmart is proof that shoppers welcome these initiatives. However, this didn’t happen overnight for Walmart – it required thoughtful investment, planning and data analysis to ensure a successful execution. Yet you don’t need to be a mega-retailer to do the same. Regional retailers can learn from Walmart and take the steps necessary to offer their customers more convenience and personalization in grocery in order to improve customer satisfaction, loyalty and ultimately, as Walmart has shown us, the bottom line.”

It was a similar story at Walmart’s Sam’s Club division, where Q4 comps grew 3.3 percent and ecommerce sales increased 21 percent. At Walmart International, net sales for the quarter were $32.3 billion, a 2.3 percent decrease; however, excluding currency, net sales were $34 billion, a 2.7 percent increase.

Walmart additionally said that it aimed to have about 3,100 grocery pickup locations and around 1,600 grocery delivery locations by the end of fiscal 2020, and expected capital expenditures of approximately $11 billion, with a strong focus on store remodels, customer initiatives, ecommerce, technology and the supply chain.

Bentonville, Ark.-based Walmart operates more than 11,300 stores under 58 banners in 27 countries, as well as ecommerce websites, employing more than 2.2 million associates worldwide. The company is No. 1 on Progressive Grocer’s 2018 Super 50 list of the top grocers in the United States.