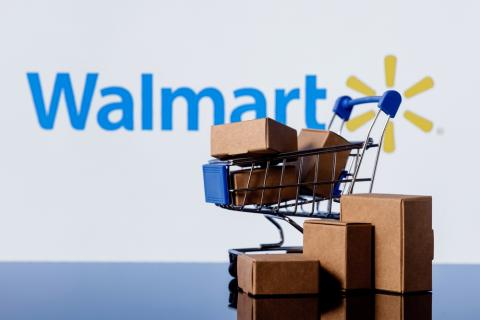 The adage “Everything is bigger in Texas” holds true for Walmart Inc. The retail giant is adding another automated grocery distribution center to its supply chain network, releasing plans for a 730,000-square-foot facility in 2024 in the Dallas-Fort Worth area. Walmart will also build a 1,500,000-square-foot automated fulfillment center, set to open in 2023. Both Lancaster-based facilities are among Walmart’s largest automated fulfillment and distribution centers.

The news follows last month's announcement of Walmart's plans to build a new grocery distribution center in South Carolina. At approximately 720,000 square feet, the high-tech facility was previously thought of as the largest. This distribution center facility for fresh and frozen groceries in Spartanburg County, S.C., is scheduled to open in 2024.

Walmart's new facilities will play a critical role in its supply chain to deliver on the retailer’s promise to get customers the items they want when they want them at a time when shoppers are worried about supply chain disruptions. A new survey from Oracle shows that consumers are worried about getting what they want ahead of the holiday season and are looking to retailers to help ease their mind.According to Oracle’s survey, an overwhelming 91% of respondents say they now consider how products are delivered when they make a purchase.

Through the combination of associates and automation technology, Walmart’s new automated facilities will move more than two times the volume of a traditional fulfillment and grocery distribution center all while reportedly improving the accuracy, quality and speed of the fulfillment and distribution of products.

According to Joe Metzger EVP, supply chain operations at Walmart U.S, “These high-tech facilities will include game-changing innovations that are radically disrupting the supply chain, getting products onto store shelves and items shipped to our customers even faster, while saving time for our associates.”

The new Lancaster-based facilities will create approximately 1,000 full-time jobs across the region. Forty percent of the new jobs created will require STEM skills to support technical positions. Walmart operates 19 distribution centers, 593 retail stores and employs more than 171,000 associates in the state of Texas.

“We are making a significant investment in this region because of the inclusive, diverse and qualified pipeline of local talent that reflect Walmart’s values,” added Karissa Sprague, SVP of supply chain human resources at Walmart U.S. “Our investment in technologies and high-tech facilities today pave the way for jobs of the future that are supported by automation and will allow opportunities for an upskilled workforce.”

Walmart’s new facilities are part of a larger investment the retailer announced earlier this year to double down on the use of automation technology in its supply chain. It comes just months after the retailer said it plans to add automation in more than half of its regional distribution centers and automated market fulfillment centers in select stores. Walmart has also made investments in drones to develop scalable last-mile delivery. Additionally, on Nov. 8, the retailer revealed that it was doing driverless deliveries in Northwest Arkansas, moving customer orders between a Walmart dark store and a Neighborhood Market in its fleet of multi-temperature autonomous box trucks.

Meanwhile, Walmart said it gained market share in grocery during the second quarter, ended July 31, as same store sales at its U.S. stores division advanced 5.2% and customer traffic rebounded from a prior year decline. The company will release its third quarter earnings results and related materials at 6 a.m. CST on Nov. 16.