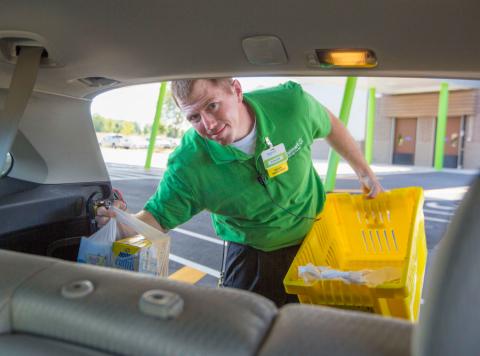 Mega-retailer Walmart has proven itself to lead the grocery industry when it comes to click-and-collect, but it shines far less when it comes to subscription and repeat ordering for groceries – an area Amazon dominates – posing a significant opportunity, according to new research from Packaged Facts.

At the same time, though, Walmart's online grocery loyalists are 75 percent less likely to select subscription or repeat ordering services as one of the most influential factors when choosing among online grocers. Meanwhile, Amazon's grocery shoppers are 45 percent more likely to view subscription and repeat ordering services as an important factor, suggesting Walmart could better compete in this area with the Seattle-based ecommerce behemoth.

Bentonville, Ark.-based Walmart today has proven itself to be a leading ecommerce grocer, with 23 percent of online grocery shoppers citing Walmart as the retailer they shop the most for consumables. The company is second only to Amazon, which leads at 38 percent.

Walmart made tremendous strides in its grocery ecommerce program in 2018, particularly in click-and-collect. Last September, it celebrated its 2,000th click-and-collect location, allowing shoppers to buy groceries from their computers or mobile devices and pickup at the store for no extra charge. At the time, Walmart said it expected to operate 2,140 pickup points in 430 markets, covering 69 percent of U.S. households.