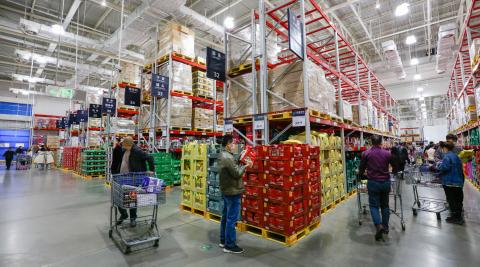 Walmart is seeking damages from BJ's over the use of its in-store mobile checkout technologies.

There’s some legal action brewing between Walmart and BJ’s Wholesale Club. According to a report in Bloomberg Law, Walmart filed a lawsuit this week in a district court in Orlando claiming that BJ’s filched its mobile self-checkout technologies.

The lawsuit alleges that Walmart holds the intellectual property rights for the self-checkout feature that it first developed for Sam’s Club in 2016 and now uses in some Walmart locations for Walmart+ members. The Scan & Go feature, which allows for frictionless self-checkout in-store, continues to resonate with customers; Walmart reported a 43.5% increase in the adoption rate of the feature among Sam’s Club shoppers from mid-2020 to mid-2021.

According to the legal filing, BJ’s used the innovations “without permission” when it introduced its ExpressPay feature in late 2021.

"ExpressPay is an apparent copy of Sam's Club's Scan & Go, merely changing the in-app colors and changing the name from Scan & Go to ExpressPay. This action is to remedy that infringement and to enforce Plaintiffs' patent rights against BJ's,” legal representatives for Walmart said in the complaint.

In its filing, Walmart indicated that it is seeking damages, costs and interest for four patents, in addition to “enhanced damages for willful infringement.”

Spokespersons from Walmart and BJ's have not publicly commented on the legal action taken this week.

Overall, both retailers have been riding on strong performances. According to its latest financial report, same-store sales at Walmart rose 5.6% during the fourth quarter ending Jan. 28, while comps at Sam’s Club grew 10.4%.  Earlier this month, BJ’s reported that its total comparable store sales climbed 8.8% for the fourth quarter ending Jan. 29.

Bentonville, Ark.-based Walmart operates approximately 10,500 stores under 48 banners in 24 countries, and e-commerce websites, employing 2.2 million-plus associates worldwide. Walmart U.S. is No. 1 on The PG 100, Progressive Grocer’s 2021 list of the top food and consumables retailers in North America. Westborough, Mass.-based BJ’s Wholesale Club operates more than 224 clubs and 150-plus BJ’s Gas locations in 17 states. The company is No. 27 on The PG 100.