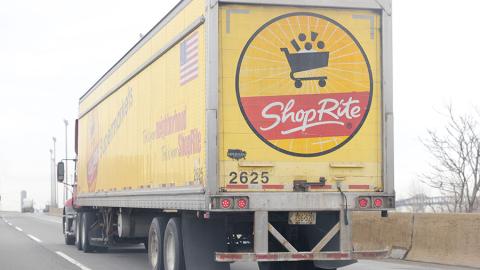 Wakefern Food Corp., the Keasbey, N.J.-based retailer cooperative whose members own and operate ShopRite and other supermarket banners, has donated 12 trailers to move hospital equipment to four pop-up field hospitals being set up around its home state, according to a published report.

“I want to give a shout out today, among others, to ShopRite and Wakefern Food Corp. for their help in securing trailers for the mobile field hospital equipment,” New Jersey Gov. Phil Murphy said during a March 25 daily briefing, as reported by NJ Advance. “We are preparing, based on what we see, in real time. We must be ready to ensure hospital capacity, and it is my fervent hope that these preparedness measures remain just that — measures of preparedness.”

The equipment has been received from the federal government and will be used to operate the pop-up facilities, a spokeswoman for the governor told the newspaper.

As of Wednesday, April 1, New Jersey had reported at least 22,255 cases of the coronavirus and 355 deaths.

The largest retailer-owned cooperative in the United States, Wakefern comprises 50 members that independently own and operate 353 supermarkets under the ShopRite, The Fresh Grocer, Price Rite Marketplace and Dearborn Market banners in New Jersey, New York, Connecticut, Pennsylvania, Maryland, Delaware, Massachusetts, New Hampshire, Rhode Island and Virginia. Together with its member companies, Wakefern, which is No. 8 on Progressive Grocer’s 2019 Super 50 list of the top grocers in the United States, employs more than 70,000 people, and is one of the largest employers in New Jersey.