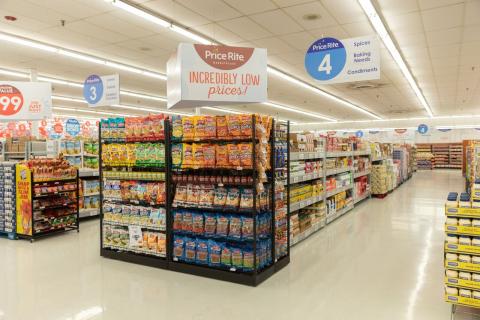 Henig has spent nearly three decades at Wakefern progressing through various procurement roles as well as leadership positions in corporate merchandising and marketing. His most recent role was VP of digital commerce and analytics, in which capacity he was responsible for ecommerce initiatives, app development and analytics needs. He oversaw the launch of the company’s first automated micro fulfillment center and leads the popular ShopRite from Home service.

In his new role, Henig will work with Wakefern members, leaders and associates to create a single, consistent brand voice for its customers and provide a deep understanding of the market, customers and competitors. He will oversee the branding, ecommerce, marketing and advertising departments.

Harris brings nearly 20 years of experience in retailing to his new role at Wakefern, where he will oversee the product procurement strategy, in-store merchandising, pricing and promotion. He will work closely with Henig to design and implement strategies to increase sales growth for the cooperative.

The largest retailer-owned cooperative in the United States, Keasbey, N.J.-based Wakefern comprises 50 members that independently own and operate 353 supermarkets under the ShopRite, The Fresh Grocer, Price Rite Marketplace and Dearborn Market banners in New Jersey, New York, Connecticut, Pennsylvania, Maryland, Delaware, Massachusetts, New Hampshire, Rhode Island and Virginia. Together with its member companies, Wakefern, which is No. 8 on Progressive Grocer’s 2019 Super 50 list of the top grocers in the United States, employs more than 70,000 people, and is one of the largest employers in New Jersey.