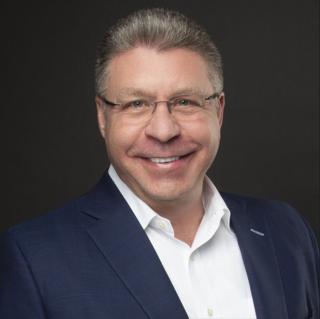 There’s a new chief at US Foods. The foodservice distributor announced that Dave Flitman will take on the role of CEO starting Jan. 5, 2023.

Flitman fills an open top spot that was temporarily held by interim CEO Andrew Iacobucci following the May departure of former CEO Pietro Satriano. He joins the Rosemont, lll.-based US Foods from Builders FirstSource, a $23 billion building product and services provider where he was president and CEO.

[Read more: "US Foods to Open 2nd Chef’Store in Utah"]

His extensive experience in the food distribution industry includes a role as president and CEO of Performance Foodservice from 2015 to 2018. He also held positions as COO and president, USA and Latin America, at Univar; senior executive VP at Nalco; EVP and president of water and process services at Ecolab and president at Allegheny Power. After graduating with a degree in chemical engineering from Purdue University, Flitman began his career at DuPont, where he spent two decades in various operational, commercial and global business leadership positions.

As part of his leadership at US Foods, Flitman will serve as a member of the company’s board of directors. He is currently a director at packaging distribution company Veritiv Corp., where he holds a spot on the audit and finance committee and chairs the compensation and leadership development committee.

“After a thoughtful and thorough search for the future leader of our great company, I am thrilled that Dave Flitman will join US Foods as chief executive officer and a member of our talented board,” said Bob Dutkowsky, executive chairman at US Foods. “Dave is a highly accomplished executive who brings an impressive combination of CEO, supply chain and commercial experience and a proven track record of driving operational excellence, profitable growth, shareholder returns and a people-centric, high-performing culture. On behalf of our board, I am delighted to welcome Dave to the US Foods team.”

Flitman said he is ready to get to work to help US Foods build on its growth momentum. “This is a perfect time to join US Foods,” he declared. “It’s an honor and a privilege to lead US Foods into the future, alongside its talented 28,000 associates. I look forward to building on the current momentum the team has built in executing the company’s long-range plan, driving operational excellence, creating value for our customers and shareholders and fostering a culture where associates thrive.”

Iacobucci will lead US Foods until Flitman officially comes on board on Jan. 5. On that date, Dutkowsky will become non-executive chairman of the company’s board of directors.