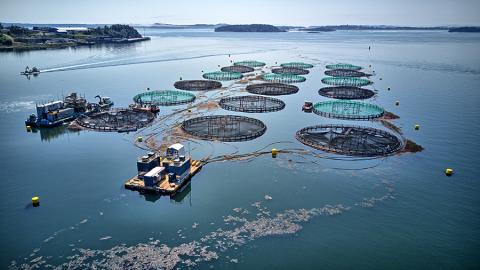 President Donald Trump has signed an executive order meant to bolster the production of U.S. seafood as a way to help the economy, a move applauded by industry coalition Stronger America Through Seafood (SATS).

The president’s action comes in the wake of the economic devastation wrought by the COVID-19 epidemic, with many Americans out of work as nonessential businesses closed their doors to comply with social-distancing guidelines.

“By removing outdated and unnecessarily burdensome regulations; strengthening efforts to combat illegal, unreported, and unregulated fishing; improving the transparency and efficiency of environmental reviews; and renewing our focus on long-term strategic planning to facilitate aquaculture projects, we can protect our aquatic environments; revitalize our Nation’s seafood industry; get more Americans back to work; and put healthy, safe food on our families’ tables,” the president’s May 7 order noted.

Bill DiMento, president of Shelton, Wash.-based SATS and VP of corporate sustainability and government affairs at High Liner Foods, described the order as “an important step towards improving the competitiveness of the entire U.S. seafood supply chain. It provides regulatory reform to maximize commercial fishing while also enabling producers to revolutionize American seafood production through sustainable offshore aquaculture. Combined, these measures will strengthen our coastal and agricultural communities and create thousands of jobs.”

According to SATS, the order boosts coordination among agencies and clarifies existing regulations to lower the barriers that now limit offshore aquaculture in U.S. federal waters. It also lays out regulatory reform to maximize commercial fishing; combats illegal, unreported and unregulated (IUU) fishing, and offers a process for creating Aquaculture Opportunity Areas suitable for commercial aquaculture in federal waters, taking into consideration input from all stakeholders and relevant agencies.

“The United States has the technology, the skilled work force, the coastal infrastructure, and the growing market for healthy farmed seafood,” added DiMento. “Our country needs economic stimulus – not just in terms of immediate cash assistance, but also in the form of new job opportunities. Why not put Americans back to work in an emerging industry like aquaculture at a time when it is needed most? [The] executive action recognizes and fulfills this need in a pragmatic, deliberate way that is long overdue.”

While aquaculture is the fastest-growing food sector in the world, the United States ranks only 16th in the production of farm-raised seafood. SATS believes that the expansion of offshore aquaculture, complementing wild-caught fish harvesting, will enable the United States to increase the production of American seafood to meet growing global demand for sustainable and healthy product.