(Editors' note: This is part one of a three-part series.)

Who’s in the best position to eventually wind up on top of the grocery store food chain?

Remember Amazon? It premiered on the Super 50 a year ago, when the industry was all a tremble with its acquisition of Whole Foods. Rather than sounding the death knell for traditional players, it was a kick in the pants for grocers to jump-start or accelerate investments in technology, shopper insights and omnichannel selling.

And amid all of the investment and high-profile activity by deep-pocketed market giants, independent grocers are putting on a show of strength through strategic investment and an ongoing commitment to customer service and the communities in which their shoppers live.

On this year’s Super 50, several regional and independent operators rose through the ranks, with merger and acquisition activity creating some elbow room in the ranking.

Information for Progressive Grocer’s annual Super 50 is based on information from Nielsen TDLinx, which collects and maintains store information across all channels selling consumer packaged goods.

The four categories within the Super 50 report include annual sales from the most recently concluded fiscal year, store count, top banners, and employee counts, either total or full-time equivalents. Full-time equivalent employees are the sum of regular workers, plus one-half the number of part-time employees.

Nielsen TDLinx uses the Food Marketing Institute’s definition of a supermarket: a grocery store with a minimum of $2 million in annual sales; its data omit sales from convenience, drug and other retail channels that may be part of total revenue for some companies. Wholesale membership clubs such as Sam’s Club, Costco and BJ’s Wholesale Club are also not included. Supercenters are included, but only for their grocery-equivalent merchandise. Not included are soft goods; clothing; general merchandise such as hardware, appliances, computers and auto service; and other items not common to supermarkets.

Sales estimates from Nielsen TDLinx are presented in terms of all-commodity volume (ACV), which is defined as an annualized range of the estimated retail sales volume of all items sold at a retail site that pass through the retailer’s cash registers. Nielsen TDLinx’s ACV is an estimate based on best available data — a directional measure to be used as an indicator of store and account size, not an actual retail sales report. All data is collected by Nielsen TDLinx from a wide range of independent sources, and then enhanced with computer modeling. Information shown is from the March 2019 database.

Additionally, Progressive Grocer reached out directly to each retailer to confirm data, and adjusted figures and rankings accordingly.

M&A activity of the past year suggests that smaller deals will rule the day for the foreseeable future.

Deal volume and value both declined for grocery stores, but the deals completed in 2018 were 13 percent larger than those in 2017, according to “Fortifying Before the Storm,” the fourth edition of global management consulting firm A.T. Kearney’s “Consumer & Retail Merger & Acquisitions” report.

“We see 2019 as a critical year for CPG and retail companies seeking to fill in gaps in their portfolios — notably last-mile delivery, digital capabilities and ecommerce,” noted Bahige El-Rayes, partner at Chicago-based A.T. Kearney and co-author of the report. “Companies will look for M&A activity to rebalance the portfolio to enhance, deepen, and ‘own’ the consumer experience of their brands and stores.”

Further, while investors continue to pay a premium for large targets, small targets — those below $25 million — have overtaken midsize ones in multiples. Investors are increasingly focusing on strategic deals that aim to boost legacy companies’ capabilities via the acquisition of smaller, disruptive companies. The volume of midsize deals dropped 4 percent in 2018, but their value rose 6 percent as investors sought to integrate change agents — in the form of new brands, new customers, new concepts, new capabilities and new talent — at both lower cost and risk.

A.T. Kearney’s report was based on a proprietary analysis of 2018 M&A transactional data and an opinion survey of more than 100 C-level CPG, retail and private-equity executives.

“We expect to see more divestitures happening in the next 12 months, as companies are looking to rebalance their portfolios,” observed Bob Haas, partner at A.T. Kearney and co-author of the report. “In parallel, the nature of the M&A market will shift from building economies of scale to investing in capabilities that will fortify the portfolio of CPG and retail companies.” 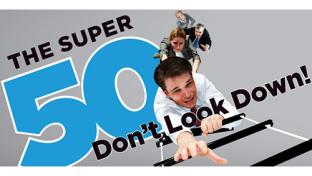 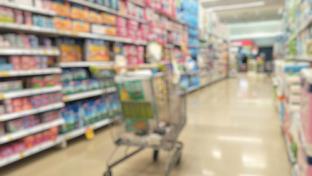 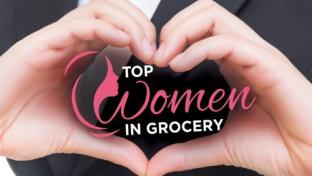