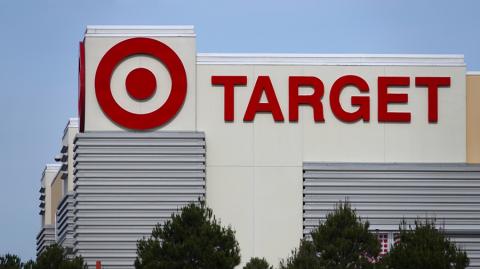 It’s good news all around for Target Corp., which beat expectations with first quarter comparable sales growth of 22.9%. The company added more than $1 billion in market share during the first three months of 2021.

“Our performance in the first quarter was outstanding on every measure, and showcased the power of putting our stores at the center of our strategy," said Brian Cornell, chairman and CEO.

Like other retailers that posted better-than-anticipated gains in first quarter, Target benefited from a more optimistic and mobile consumer base and stimulus check spending. The retailer’s profitability was also boosted by the launch of more private label products and the fact that it is able to fulfill almost all of its online orders at stores.

Even with more people browsing in its stores, Target’s online orders have continued to climb. In its earnings report, Target noted that order pickup, drive-up and Shipt sales surged more than 90%. Drive-up showed particular strength, up 123%.

The apparel category performed best, with consumers leaving their homes more often for social, recreational and work reasons. In grocery, food and beverage sales still grew by low-to-mid single digits, compared to last year when consumers were in a buying frenzy during the early days of pandemic stockups and shutdowns.

Looking ahead, Target predicts modest growth for the second quarter and single-digit increases in third and fourth quarters. To sustain growth – especially at a time of rising consumer prices – the company is investing in various improvements to the customer experience, including new and remodeled locations and curbside pickup of beer and wine.

“Given the trust we’ve built with our guests quarter after quarter and our commitment to adjusting along with them to the ongoing shifts in the macro environment, we're confident in continued comp growth in the second quarter and through the remainder of the year, as well as a healthy full-year operating margin rate," said Cornell.

Minneapolis-based Target Corp. is No. 6 on The PG100, Progressive Grocer’s 2021 list ofthe top food and consumables retailers in North America, with nearly 1,900 locations.