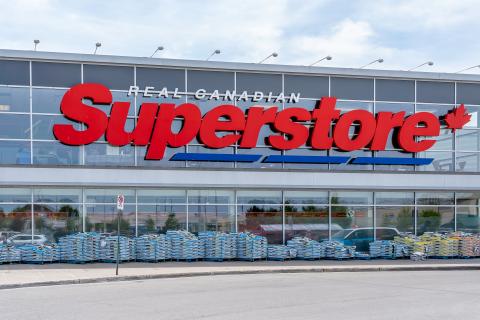 Members of UFCW Local 247 voted by a narrow margin to accept the latest agreement put forth by Loblaw.

Following months of back and forth actions, grocery and warehouse employees who work for Canadian retailer Loblaw Cos., Ltd. voted to accept a new labor agreement. Members of the United Food and Commercial Workers (UFCW) Local 247 ratified and accepted the company's latest offer by 58%.

In May, the stakes were raised for a strike, as 97% of UFCW members shot down Loblaw’s first offer. The retailer came back with a new deal that included higher wages for long-term workers, an improved and unified wage scale for more than 6,500 employees, scheduling improvements for part-time employees, expanded night shift premiums, signing bonuses for all employees and a commitment to creating 112 full-time positions, among other incentives and benefits.

Both sides were prepared for a labor stoppage that would impact at least 28 Superstore locations and three warehouses in British Columbia. Workers could sign up for picket slots on the union website, while the retailer shared that it was ready to issue a lockout notice in the event of a down vote.

The head of the union praised the thousands of members who participated in the vote. “We recognize this was a difficult decision for many members, and I would like to thank all members who participated in the process,” declared Dan Goodman, president of UFCW Local 247. “Thousands of members in the province have engaged with their union. We will continue to listen and support our members as we build even greater solidarity among BC’s retail and warehouse workers.”

In May, Loblaw reported a 3.3% increase in revenue during the first quarter that ended March 26, along with a 3.2% bump in retail segment sales, a 2.1% lift in same-store food retail sales and an adjusted EBITDA hike of 10.3%. The company – which did not publish a statement on the UFCW 247 labor deal – will release its second quarter results on July 27.

Loblaw Cos. Ltd. operates more than 2,400 corporate, franchised and associate-owned stores across Canada – including more than 1,050 grocery stores that span the value spectrum from discount to specialty – with 190,000-plus full- and part-time employees, making it one of the country’s largest private-sector employers. The Brampton, Ontario-based company is No. 11 on The PG 100, Progressive Grocer’s 2022 list of the top food and consumables retailers in North America.