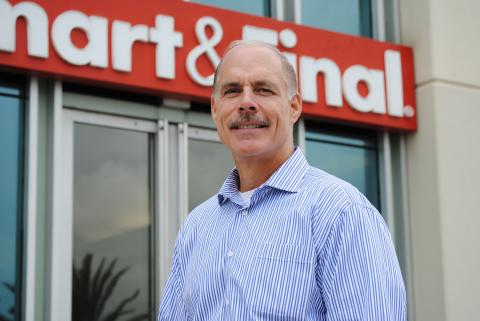 It has been a momentous year for Smart & Final and President and CEO Dave Hirz. The uniquely positioned retailer is observing its 150th anniversary and was recently acquired by Bodega Latina, parent company of El Super and Fiesta Mart, and a subsidiary of Mexican supermarket operator Grupo Comercial Chedraui. Progressive Grocer spoke with Hirz about the $620 million deal, what’s next for Smart & Final, and the keys to staying relevant with shoppers for 150 years.

Progressive Grocer: On the occasion of the 150th anniversary, could you describe the company’s origins, where it expects to take the business next, and why?

Dave Hirz: We’re proud to be one of the oldest and longest continually operating food retailers in the U.S. The company opened its first store in Los Angeles in 1871 under the name Hellman-Hass Grocery Co. It was founded by Jacob Hass, who later became mayor of Los Angeles; Herman Hellman; and Bernard Cohen. Packaged goods did not exist yet, so the stores sold everything in bulk, and they carried items considered to be everyday necessities at the time, including flour, brown sugar, salt, medicines, rope, sheepherding supplies, chewing tobacco and gunpowder.

Smart & Final’s notable history includes such industry milestones as introducing the concept of “cash and carry” west of Chicago and creating what we believe is the very first private label brand, Iris – a brand that is still available at Smart & Final today!

Today and going forward, we will continue to provide the necessities of the day for both our household and business consumers. The quality, value and variety we offer and our deep relationships within the communities we serve continue to set us apart from the competition.

PG: How is the company planning to leverage its rich history in communications with shoppers and promotions?

DH: We have some amazing historical photos of the company’s early days, which we’ll be sharing with customers on social media and in our sales flyer. We also developed a 150th anniversary logo and brand identity, which will be carried across our in-store signage, traditional weekly mailers, digital newsletters, internal communications, throughout social media and on our trucks. Our marketing team also created a series of clever radio spots that highlight historical and fun moments from various decades of our existence – the disco era, for example.

PG: What was behind the recent acquisition by Bodega Latina? How does Smart & Final expect to benefit, and what sorts of synergies will be realized in sourcing, supply chain and other areas?

DH: Bodega Latina recognized Smart & Final’s unique and successful business, which is complementary to their El Super and Fiesta Mart store banners and allows them to scale and expand their U.S. footprint.

For Smart & Final, this is a tremendous opportunity to partner with an innovative and highly successful multinational company with deep experience in food retailing. We are thrilled to join an organization that understands our strengths, culture and customer-centric philosophy so that we can deliver the best value and shopping experience to our customers. We are excited to explore synergies and best practices that will result in a better experience for customers across all the banners.

PG: In its many years in business, what was Smart & Final’s biggest mistake/miscalculation, and how did it turn things around? 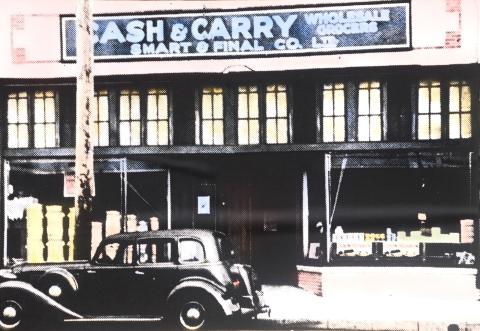 A vintage image of one of Smart & Final's stores.

PG: What were your most valuable takeaways from the pandemic, and how do you plan to apply those lessons going forward?

DH: I could not be more proud of our district managers, our store managers and their store associates for the way they’ve handled the many challenges we faced over the course of the pandemic. As a truly essential business, our associates have been on the front lines, particularly in the early days of the pandemic, and we have continued to rise to the challenge. From working tirelessly to ensure the safety of everyone who walked through our doors to dealing with unprecedented panic buying, we were able to quickly evolve, updating our policies and procedures while continuing to provide superior service and a safe environment for our customers every day.

The key learnings from the pandemic are complex and vast, from our replenishment buyers who had to learn to respond quickly to panic buying and find creative replacements for out-of-stock items, to our category managers and merchandisers who’ve had to rethink assortment and bring in entirely new categories of products, to the associates in our stores who had to adapt on a sometimes daily basis to fluctuating customer needs and new safety protocols. While I certainly wouldn’t want to repeat the last 16-plus months, today we are a stronger organization and better able to adapt to any challenges we may face in the future.

PG: What makes your business model and offering unique?

DH: Smart & Final is unique in that 70% of our revenue comes from household customers and 30% from small businesses, clubs and organizations. We offer a large assortment of club-sized products without requiring a membership fee. We actually have more club-sized items than any of the club stores, which makes us a one-stop-shop for households as well as businesses and organizations. We also provide our customers with a tremendous value, as many of our items are priced below our competitors.

PG: What is your approach to competition, and how successful is this strategy?

DH: Although we are students of the business, and closely monitor what is happening in this very competitive environment, we focus more on our own business than our competitors’ business. We have a unique business model and really competitive pricing, which has attracted a diverse and loyal customer base of household and business customers.

DH: While we can’t speak to our new store opening plans yet, we know our future is with the Smart & Final Extra! format. We launched this format more than a decade ago to complement our legacy stores, which have an assortment that focuses heavily on business and foodservice customers. The Extra! format is a true hybrid of a traditional grocery store and a club store, and it has enabled us to attract more household customers, while still maintaining all of the key items that our business customers rely on us for. In fact, we’ve found that many of our business customers appreciate the opportunity to save time and money by shopping for both their business and their personal households at the same time. 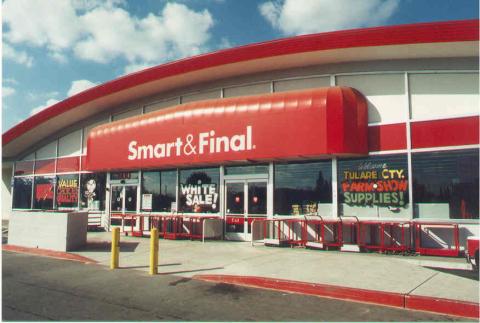 PG: What types of training and other resources do you offer associates, and why?

DH: We’re proud that so many of our associates have been with Smart & Final for decades, and this gives us a particular interest in their professional and personal growth. We place a huge emphasis on training and development. Teamwork is one of our company core values, and we do a lot of cross-training. We also offer scholarships for employees and their children, and encourage continuing education. We pay for our associates’ tuition and books when they participate in the retail management program by taking classes at any junior college.  Additionally, we have an incredible training and development department that provides our associates with opportunities to learn through a variety of in-person and online classes throughout the year.

PG: What technology have you recently implemented, and what solutions do you intend to roll out soon?

DH: We have invested a lot in our digital capabilities over the past few years. We updated our website and customer data platform in 2019, and then in 2020 we introduced a new point-of-sale system in our stores, and our supply chain team received a complete system upgrade. We’ve had many improvements to our business management platforms over the last several years to support category management, finance and labor management. Additionally, we’ve completed multiple cybersecurity upgrades.

We’ve also invested in the online shopping experience, and during the pandemic this bore fruit in ways that we couldn’t have possibly anticipated. I’m grateful that we were one step ahead of the customer migration to online shopping. In the near term, we plan to continue to improve and enhance our digital functionality and online sales platform.

PG: What was the thinking behind the divestment of the Smart Foodservice Warehouse Stores in 2020?

DH: It was a great opportunity for the Smart Foodservice organization, as they received the strong financial backing and support of US Foods, while it provided a platform for US Foods to expand into new markets. Additionally, it allowed our team to now focus solely on our core business, the Smart & Final banner.

PG: What role does corporate responsibility play in your organization?

DH: We take great pride in our relationships with community organizations in the neighborhoods we serve. Since 2002, the Smart & Final Charitable Foundation has worked tirelessly to give back, improve the quality of life and nourish our communities in California, Arizona and Nevada. Our charitable giving initiatives speak to our five pillars of focus: Health & Wellness, Education, Hunger Relief, Team Sports & Youth Development, and Disaster Relief.