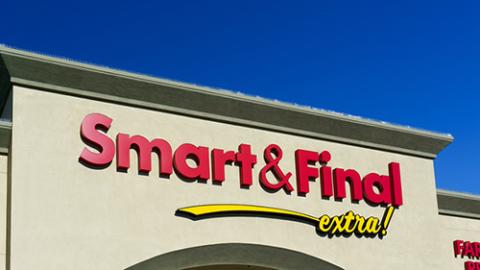 Following the closing of the deal, Smart & Final will operate as a separate operating unit and keep its existing management team.

“The transaction is a testament to the strength of Smart & Final’s franchise, the quality of our store banners and the talent and expertise that support the business. Together we will further accelerate our collective growth,” said David Hirz, CEO of Smart & Final.

Carlos Smith, president and CEO of BLC, said that the acquisition of Smart & Final will help the company grow its business in the United States and complement the platform it has created with El Super and Fiesta stores. “Smart & Final, with a unique go-to-market and operating strategy, is an attractive fit that is aligned with our business strategy in the U.S., utilizing differentiated formats to focus on growing, but underserved markets,” he declared.

According to José Antonio Chedraui Eguía, CEO of GCC, the move helps customers in both the United States and Mexico. “As just one example, via our money remittance partnerships and network of stores, we currently help customers looking to provide support when needed to family living elsewhere; this transaction will only strengthen our ability to provide that type of support and value to many more customers and families,” he said.

Consolidated pro forma sales for the businesses are estimated to exceed $11 billion U.S. dollars. Following the closing of the deal, Smart & Final will operate as a separate operating unit and keep its existing management team, according to a joint news release.

Smart & Final is No. 57 on The PG 100, Progressive Grocer's list of the top food and consumables retailers in North America. For the fiscal year ending January 3, 2021, Smart & Final generated U.S. GAAP revenues of approximately U.S.$4.1 billion and adjusted EBITDA of U.S.$167 million.