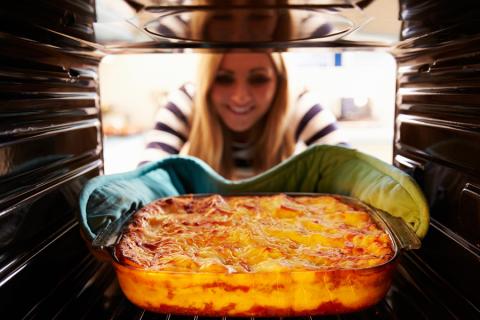 While recent years have shown Americans spending more money dining out than on groceries, next year is expected to reveal more consumers returning to the kitchen, if end-of-year intentions have anything to say about it.

According to a new report from Chicago-based Peapod, one of the country's biggest online grocers, more than three-quarters (77 percent) of respondents to a recent survey said that they'd rather eat a homemade meal than go out for dinner. What's more, they're planning to make good on this in the new year: 43 percent intend to cook more in 2019 – the number rising to 59 percent for Millennials.

Reasons for cooking at home include cost savings (77 percent), eating healthier (51 percent) and family time (41 percent overall, 48 percent for Millennials). The weekdays are the top times to cook at home, Wednesday being the top day to cook from scratch (75 percent) or using meal kits (51 percent).

Peapod is the grocery ecommerce arm of Ahold Delhaize USA, which is No. 4 on Progressive Grocer’s 2018 Super 50 list of the top grocers in the United States.