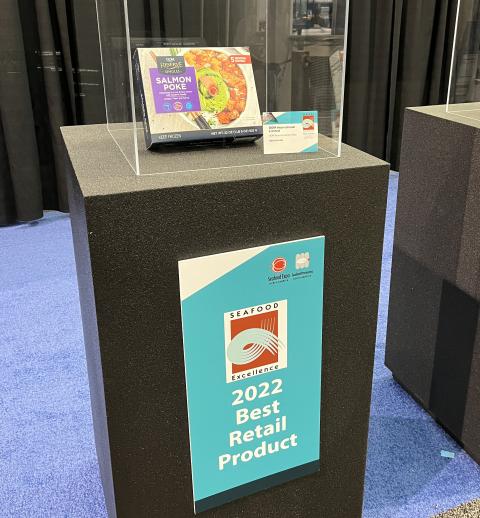 The winners were chosen from a group of finalists during a live judging session the morning of the awards ceremony by a panel of seafood buyers and industry experts from the retail and foodservice industries. This year’s panel included judges from BJ’s Wholesale Club, Albertsons Cos. and Levy Restaurants.

Finalists were previously selected through a screening of products participating in the Seafood Expo North America New Product Showcase, which features seafood products, condiments and culinary dishes introduced in the past year by exhibiting companies.

The Seafood Excellence Awards recognize the product leaders in the North American seafood market. Products are judged according to several criteria, among them uniqueness and appropriateness to the market, taste profile, market potential, convenience, nutritional value, and originality.

Boise, Idaho-based Albertsons, which operates more than 2,200 retail stores across 34 states and the District of Columbia under more than 20 well-known banners, is No. 8 on The PG 100, Progressive Grocer’s 2021 list of the top food and consumables retailers in North America. Westborough, Mass.-based BJ’s, which operates 226 clubs and 157 BJ’s Gas locations in 17 states, is No. 27 on PG’s list.