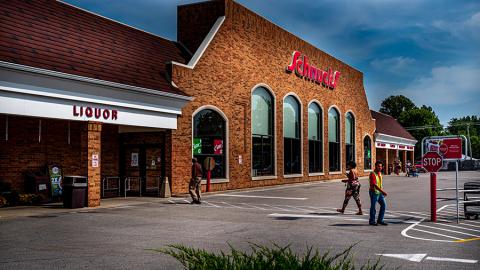 Schnucks has teamed up with the St. Louis BattleHawks to offer community programs, events and fan experiences

As part of the agreement, Schnucks will headline three key initiatives, beginning with the debut on Sunday, Feb. 23, of the St. Louis BattleHawks Official Tailgatedelivered by Schnucks in Baer Park. The grocer will also present the BattleHawks’ military appreciation game on Sunday, April 5, in support of Owasso, Okla.-based Folds of Honor, the nonprofit partner of Schnucks and the BattleHawks that provides educational scholarships to the spouses and children of veterans killed or injured in the line of duty, and lead the team’s Helmet Helpers youth program on game days.

With these actions, Schnucks joins Ameren Corp., Anheuser-Busch’s Bud Select, Ballpark Village, Lou Fusz Automotive Network, McDonald’s, Renewal By Andersen and SSM Health as a founding partner of the first modern professional football team founded in St. Louis. The BattleHawks compete in the XFL East division and made their debut this month, playing home games at The Dome at America’s Center.

“Schnucks’ deep roots in the St. Louis community, dedication to its customers and teammates, and family-oriented approach to business represent the model organization for us to emulate as we build our brand,” said Kurt Hunzeker, president of the BattleHawks. “Bringing together our two St. Louis-born-and-raised organizations will allow us to increase our community impact and provide our fans with meaningful experiences and entertainment on and off the football field.”

The tailgate eventis free and open to the public, beginning three hours before every home game, and will feature a DJ, interactive officialpartner activations, football-themed games, and food and beverage available for purchase. Paying tribute to military service members, veterans, first responders and other law enforcement officials throughout the St. Louis metro area, the Folds of Honor game will include a ceremony and recognition moments to honor these heroes for their sacrifices and service. The Helmet Helpersprogram offers young BattleHawks fans a unique game-day experience at the team’s home games this season, enabling them to walk on the field with the team and hold the helmets of BattleHawks players during pre-game ceremonies.

“As St. Louis’ hometown grocer, Schnucks is excited to be a part of the Battlehawks’ inaugural season and proud to partner with them on these exciting initiatives,” noted Schnucks President and COO Dave Peacock. “We look forward to celebrating professional football with Battlehawks fans – KaKaw!”

St. Louis-based Schnucksoperates 112 stores in Missouri, Illinois, Indiana, Wisconsin, and Iowa, and employs 14,000 associates. The company is No. 31 on Progressive Grocer's 2019 Super 50 list of the top grocers in the United States.