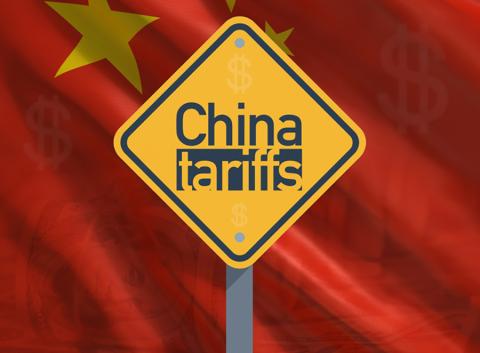 With President Donald J. Trump threatening, ahead of a final trade agreement with China, to increase tariffs on $200 billion of Chinese goods to 25 percent, from the present 10 percent, and to impose this higher tariff rate on another $325 billion of Chinese goods in the near future, retailers, including grocers, are registering their strong objection to such actions.

“China and the U.S. should focus on closing a trade deal as quickly as possible to head off these tariffs and help return certainty to the trading relationship," said Andy Harig, senior director of sustainability, tax and trade at the Arlington, Va.-based Food Marketing Institute. Negotiators are reportedly very close to completing talks that will provide a roadmap for moving forward – this is where everyone’s efforts need to turn, not to damaging measures that will hurt American consumers.”

“Tariffs are taxes paid by American businesses and consumers, not by China,” noted David French, SVP for government relations for the Washington, D.C.-based National Retail Federation (NRF). “A sudden tariff increase with less than a week’s notice would severely disrupt U.S. businesses, especially small companies that have limited resources to mitigate the impact. If the administration follows through on this threat, American consumers will face higher prices and U.S. jobs will be lost.”

Continued French: “We want to see meaningful changes in China’s trade practices, but it makes no sense to punish Americans as a negotiating tactic. If the administration wants to put more pressure on China, it should form a multinational coalition with our allies who share our concerns. We urge the administration to reconsider this tax hike on Americans and stay at the bargaining table until a deal is reached.”

In support of its position, the NRF cited a report from economic research firm Trade Partnership Worldwide LLC finding that a 25 percent tariff rate, along with the tariffs already imposed and any retaliatory measures by China, would reduce U.S. employment by more than 934,000 jobs, cost the average family of four $767 and lower. U.S. gross domestic product by 0.37 percent.

“Tariffs are taxes American families pay – $24 billion and counting,” said Hun Quach, VP of international trade at the Arlington-based Retail Industry Leaders Association. “Raising tariffs means raising taxes on millions of American families and inviting further retaliation on American farmers, which jeopardizes domestic jobs. We want President Trump to successfully reach a deal with China that puts a check on anti-competitive behavior. But a deal that increases tariffs on everyday goods will be a loser for middle-class families.”

The president has expressed frustration that trade talks with China are proceeding too slowly as the country attempts to renegotiate terms.

The retail industry has made clear its opposition to tariff increases on Chinese goods since they were first proposed.